Gattuso Reveals Why He Celebrated Osimhen’s Goal Against Atalanta 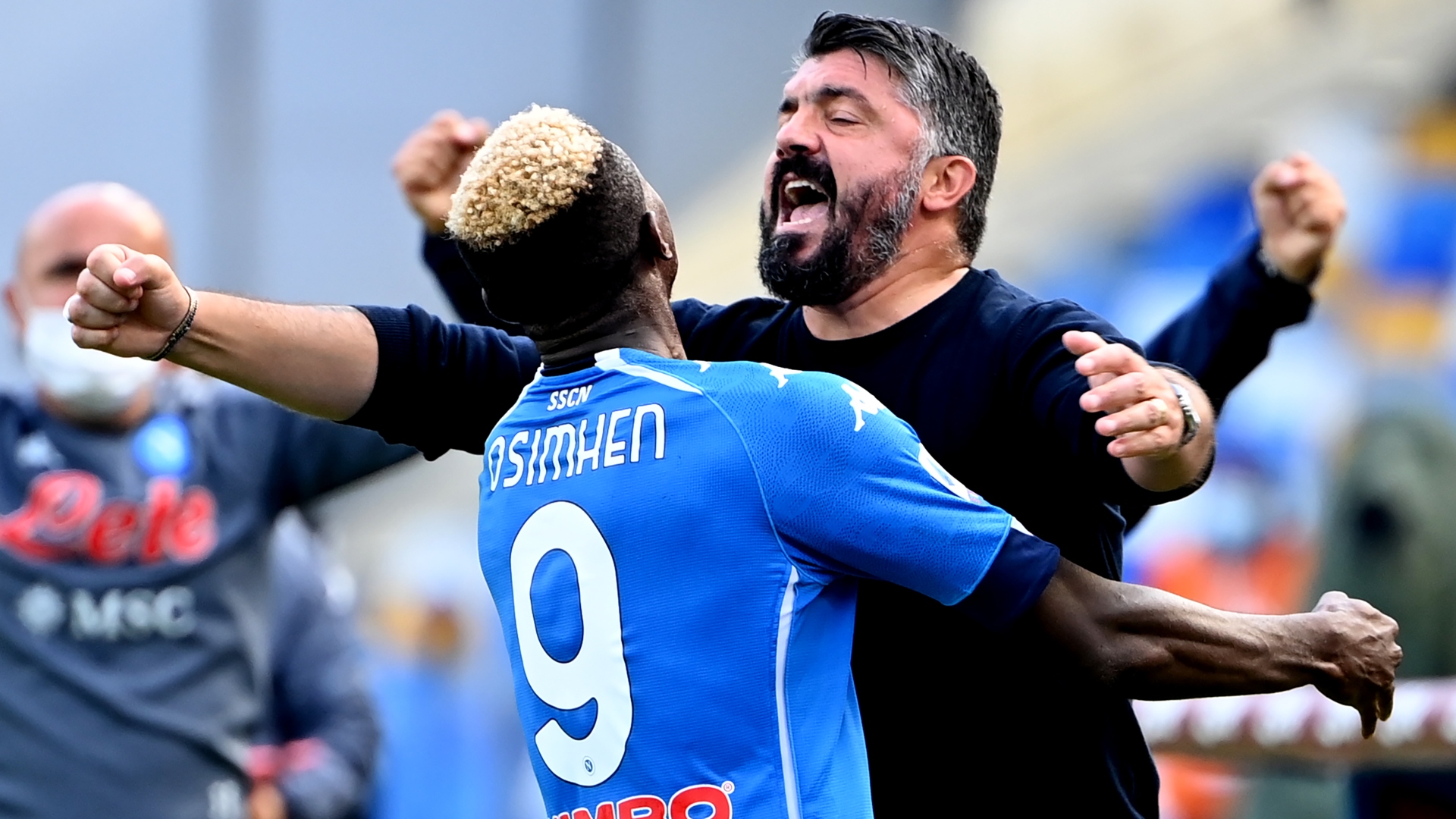 Napoli manager, Gennaro Gattuso, has expressed his joy after Victor Osimhen netted his first Serie A goal, in their 4-1 win over Atalanta on Saturday.

Osimhen got on the scoresheet before half time, after Hirving Lozano’ brace and a goal from Matteo Politano had given the team a comfortable lead.

The Super Eagles striker controlled David Ospina’s long ball, before beating Marco Sportiello with an effort from outside the box.

Osimhen celebrated his goal by running straight to Gattuso and then revealing a shirt with a message calling for an end to police brutality in Nigeria.

“I’m happy for Chucky’s brace. But Osimhen’s goal makes me happy, because he had not scored so far and he deserved it for the hard work done for the team,” Gattuso told the club website.

“Victor was my wish and I thank the President for having satisfied me. It was not easy but we have bought a player who is very important to us.”

Osimhen arrived at Napoli this summer for a club-record fee of €70million from French side Lille.