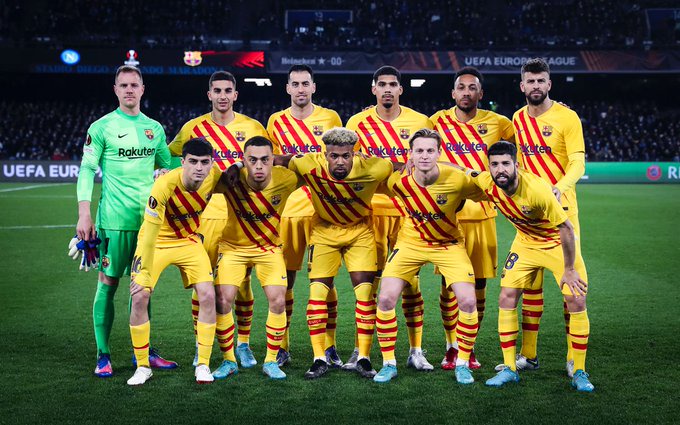 Barcelona are through to the next round of the UEFA Europa League after they knocked out Victor Osimhen’s Napoli from the competition. The Catalans secured a 2-4 win at the Diego Armando Maradona Stadium.

Goals from Jordi Alba, Frenkie de Jong, Gerard Pique and Pierre-Emerick Aubameyang gave the Blaugranas the deserved win over the Italian side.

After the game, Barcelona boss Xavi Hernandez reacted to his team’s victory over the host, claiming he was happy with the win and he’s focused on the next games.

“I am really happy because we played really well, we dominated the game by creating many chances. We played much better than the opponents (Napoli) even at home (Camp Nou),” h said.

“I am really happy for the team, for the players, (and) for the supporters, I think it is a huge win for Barca, it is a complete win.

“We need to keep going and we are waiting (to know) our next opponent and continue like that in the Europa and the League, I am really happy today.”

Barcelona will get to know their next opponent in the next round of the Europa League after the Friday draw.

BREAKING: Messi Returns to Spain As Chelsea Get Easy Draw In UCL Round of 16

Lionel Messi will make a return to Spain in the UEFA Champions League as Real Madrid and Paris Saint Germain are being drawn together...
Read more
Trending

Former Manchester United striker, Odion Ighalo has been recalled into the Super Eagles set up after retiring from international duties two years ago. The former...
Read more
Transfer News