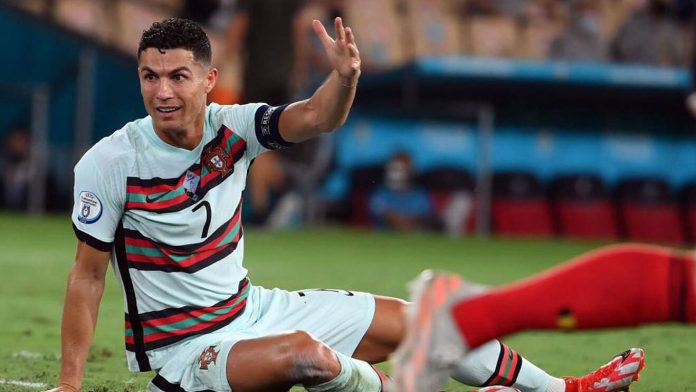 Portugal national team captain, Cristiano Ronaldo has finally broken silence after his team was knocked out of the ongoing Euro 2020.

Ronaldo and his Portuguese teammates were sent packing by the Red Devils of Belgium after they secured a 1-0 win in Seville on Sunday.

The former Real Madrid forward took to his official Instagram page to release a statement about his team’s ouster from the competition.

“We didn’t get the result we wanted and we left the race sooner than we wanted. But we are proud of our journey, we gave everything to renew the title of European Champions and this group proved that it can still give much joy to the Portuguese,” he said.

Ronaldo also thanked the Portuguese fans for their support all through the tournament.

“Our fans were tireless in supporting the team from start to finish. We ran and fought for them, in order to live up to the trust they placed in us. It was not possible to get where we all wanted, but here is our sincere and profound thanks.”

The Juventus star went further to wish Belgium and other teams remaining in the competition good luck.

“Congratulations to Belgium and good luck to all the teams that remain in the competition. As for us, we will come back stronger. Strength Portugal”

Ronaldo was unable to set a new international goal record after equalling Ali Daei’s record against France in their last group game.