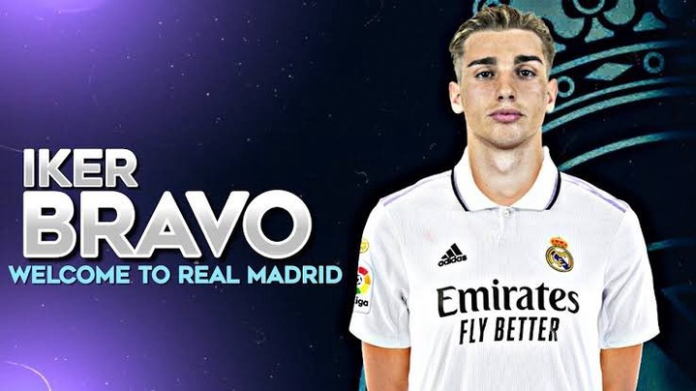 Real Madrid has signed former Barcelona striker Iker Bravo from German side Bayer Leverkusen for an undisclosed fee. The Spanish strikers left Barcelona last season to join Leverkusen but he is now back in Spain.

Iker Bravo was linked with a move to both Atletico Madrid and Real Madrid but the Spanish young striker decided to sign for the Los Blancos. The 17-year-old striker spent 11 years at Barcelona academy before move to Germany last season.

Barcelona signed him at the age of 5 from Espluguenc but in 2021 he decided to continue his football journey in Germany as he joined Bayer Leverkusen on 28 July 2021. He made his professional debut with Leverkusen as a late substitute in a 2–1 DFB-Pokal loss to Karlsruher SC on 27 October 2021.

Bravo will spend most time with Raul Gonzalez in the Real Madrid Castilla but he would feature for the first team anytime Carlo Ancelotti needs him in the team.