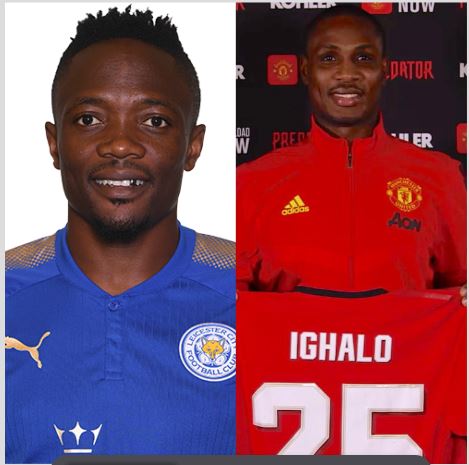 Here are the latest transfer gist with today being the deadline day for January transfer window.

Super Eagles captain, Ahmed Musa is set to complete a move to Premier League side West Brom after being without a club since last year.

According to reports in Football Insider, the former Leicester City winger is currently undergoing medicals the west Midlands outfit.

He is set to sign a short-term deal with Sam Allardyce led side.

After leaving Manchester United, Nigerian striker Odion Ighalo has agreed to join Saudi Arabian top-flight side Al Shabab, according to reports in Skysports.

The former Super Eagles striker will join the Saudi Arabian club on a permanent deal from parent club Shanghai Shenhua.

Fernandes was recalled on loan from Tottenham after failing to break into Jose Mourinho’s side this season.

Barcelona have officially terminated the contract of French player Kays Ruiz. The 19-year-old returned to the club last summer from Paris Saint-Germain on a free...
Read more