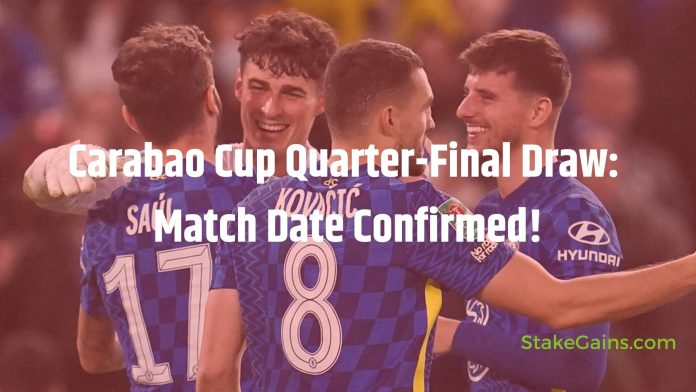 Liverpool host Leicester and League One side Sunderland travel to Arsenal in other ties; West Ham knocked out holders Manchester City to progress to the last eight; Carabao Cup quarter-finals to take place on December 21 and 22

West Ham will travel to Tottenham in the Carabao Cup quarter-finals, while another London derby sees Brentford host Chelsea.

Liverpool will play Leicester in another all-Premier League tie and Arsenal has been drawn at home to League One side Sunderland in the round’s other fixture.

Seven Premier League sides made it through to the last eight of the tournament in midweek, with League One Sunderland completing the line-up after a penalty shootout win over Championship team QPR.

Sunderland, Arsenal, and Chelsea all booked their spot in the next round on Tuesday before Brentford, Tottenham, West Ham, Liverpool, and Leicester joined them the following evening.

West Ham ended Manchester City’s hopes of winning the competition for a fifth consecutive time by beating the holders on penalties.

This is the time to start your prediction analysis and prepare your funds for an awesome and profitable betting experience. Login to your account here at StakeGains.com and look at the predictions we have there to see awesome match predictions.

May the odds be in your favor!