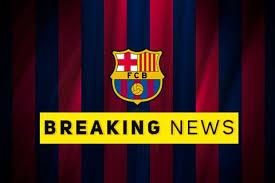 According to reports in Daily Mail, Barcelona are set to bring Manchester City striker, Sergio Aguero to the Camp Nou after reportedly submitting a formal bid for the former Atletico Madrid striker.

Newly-elected Barcelona president Joan Laporta is doing everything possible to make Lionel Messi happy at the club in a bid to convince him to stay at Camp Nou.

Messi is known to be close friends with Aguero and a deal to bring the Premier League star back to Spain will give the club captain another close teammate in the Barca squad after the departure of Luis Suarez last summer.

Aguero’s contract with Manchester City is coming to an end this summer and the Cityzens are not ready to negotiate a new deal with him.

The 33 years old striker could join the Catalans this summer as he is free to talk to any club since his deal with City ends this summer.

In a recent interview, Aguero admitted that he would not turn down a chance of playing with Messi at club level.