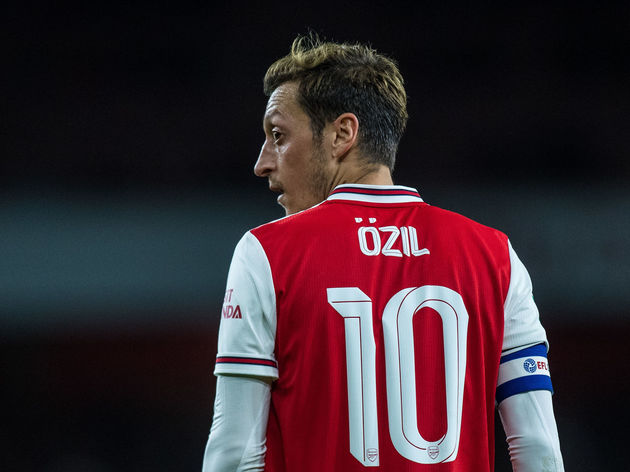 Mesut Ozil is set to join Fenerbahce from Arsenal after the two clubs reached an agreement for the German midfielder.

The former Real Madrid star will join the Turkish side after failing to impress Mikel Arteta at Arsenal.

With the German star leaving, two Arsenal players, Alexandre Lacazette and Pierre-Emerick Aubameyang are already battling for who to take over his number 10 jersey.

Lacazette took to his official Instagram page to post a picture of him and Aubameyang pointing at each other, with a caption: “When you both want the number 10.”

Aubameyang responded with: “They said they put it away. All yours my bro,”

Aubameyang is unlikely to change his number at Arsenal as he is fond of the number 14 which was worn by the club legend Thierry Henry.