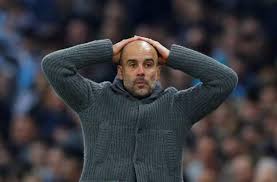 Manchester City boss, Pep Guardiola has confirmed that one of his players has suffered a major injury ahead of the UEFA Champions League final clash with fellow Premier League side Chelsea.

The former Barcelona boss confirmed that Sergio Aguero is a major doubt for the final after missing their last game against Newcastle in the Premier League.

The Argentine striker will leave City in the summer after spending 10 years at the club, but he is set to miss the final games of the season.

The Cityzens will face Everton in their last Premier League game of the season with Guardiola hoping Aguero would be fit before then so he can have a chance to bid farewell to the fans.

Guardiola is waiting for a positive result concerning Aguero’s injury as he needs all his team members fit before the Champions League final.