STAKEGAINS 2020 TEAM OF THE YEAR: Messi, Ronaldo Missing As Lewandowski Leads The Team 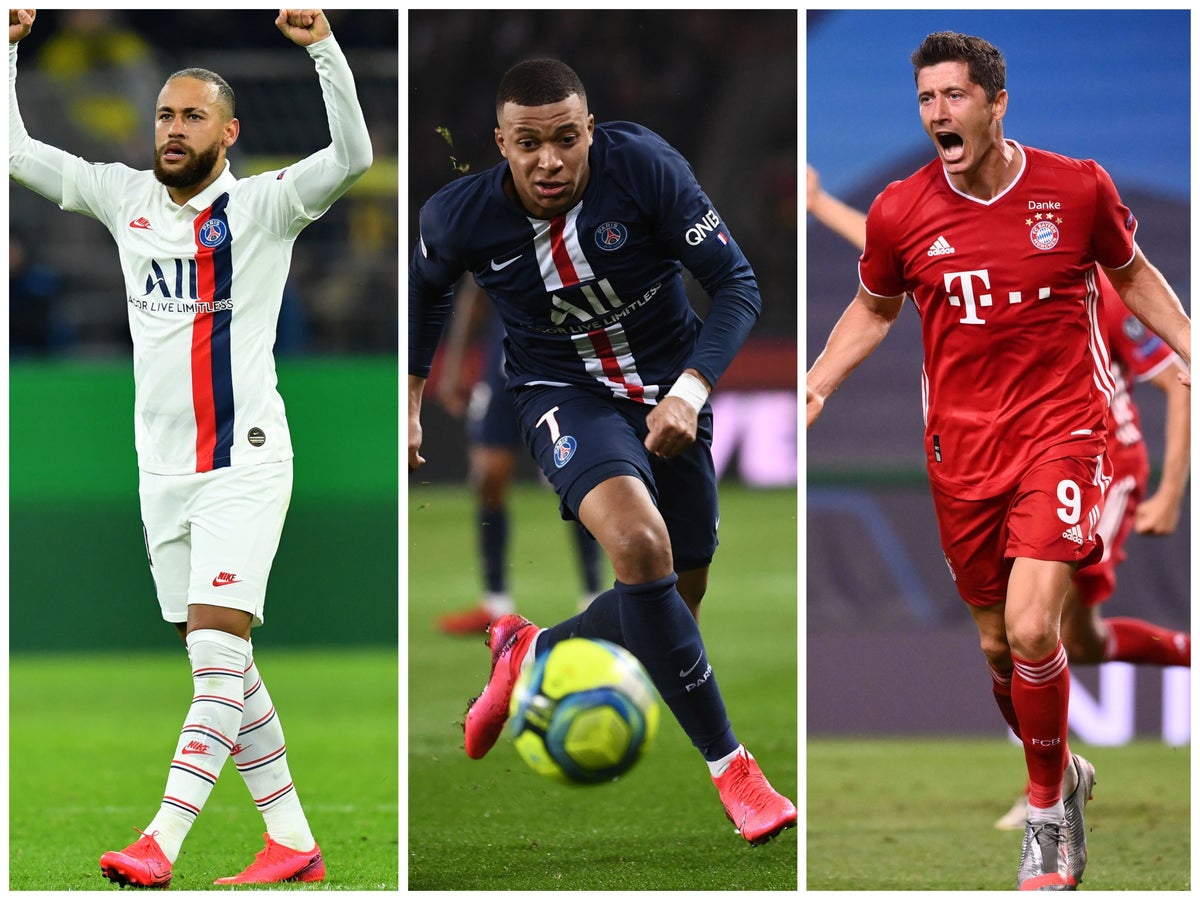 2020 was a tough year globally for most football fans, not only regarding matters around the round leather game but also in different walks of life.

Despite the ups and downs filled in the year 2020, there are still some positive scenes to take out from the year most especially football players who had a good year.

It was a year that brought to an end of Messi-Ronaldo dominance, both players failed to live up to the standard they set by themselves.

After a tough year, Stakegains brings you the team of the year, 2020.

GK Manuel Neuer (Bayern Munich, Germany): One of the reasons why Bayern Munich dominated both the German Bundesliga and Europe was thanks to their veteran goalkeeper who stood strong between the sticks.

RB Joshua Kimmich (Bayern Munich, Germany): One of the best defenders in the world, he showed his commitment for the Bavarians and will be remembered for his pinpoint cross that led to the only goal in the UEFA Champions League final against Paris Saint-Germain.

LB Andrew Robertson (Liverpool, Scotland): The Scottish defender was instrumental in Liverpool’s title-winning campaign in the English Premier League, and was one of the best players in Europe.

CB Sergio Ramos (Real Madrid, Spain): Arguably the best defenders in his generation, the Spanish international keeps getting better each year and 2020 was another year for him to show his importance in Real Madrid squad as he guided them to 34th league title triumph.

CB Virgil Van Dijk (Liverpool, Netherlands): Another reason Liverpool won the league was due to the consistency of Van Dijk, he showed that he is not only a good defender but also a good leader in the team.

MF Thiago Alcantara (Bayern Munich/ Liverpool, Spain): The former Barcelona man had an amazing year at Bayern Munich which they won the UCL and also the Bundesliga. His great season earned him an all-important move to Liverpool in the summer.

MF Kevin de Bruyne (Manchester City, Belgium): The Belgian was considered the best midfielder in the world last year and he was also named the PFA player of the year despite not winning the league. His brilliant form in the Cityzens’ jersey earned him all the accolades.

MF Bruno Fernandes (Manchester United, Portugal): The most influential player as far as 2020 is concerned. The Portuguese ace move to United in January 2020 turned out to be a successful one as his impact was felt immediately.

LW Kylian Mbappe (Paris Saint-Germain, France): The young Frenchman was the highest goalscorer in Ligue 1 and also the best player but missed out on the ultimate price of winning the UCL after losing to Bayern in the finals.

RW Neymar (Paris Saint-Germain, Brazil): Just like Mbappe, Neymar lead the Parisiens to their first-ever UCL final but lost to the Bavarians by a lone goal. The Brazilian forward will be remembered for a wonderful performance in 2020 for the Ligue 1 giants.

ST Robert Lewandowski (Bayern Munich, Poland): The best player in 2020 without any doubt. The Polish striker broke the dominance of both Lionel Messi and Cristiano Ronaldo as he took the football world by storm, creating records and also breaking existing ones.
He was named FIFA The Best player of the year and also UEFA Player of the year but unfortunately missed out on the Ballon D’or after the organisers cancelled the award for the year.

COACH OF THE YEAR: Hansa Flick