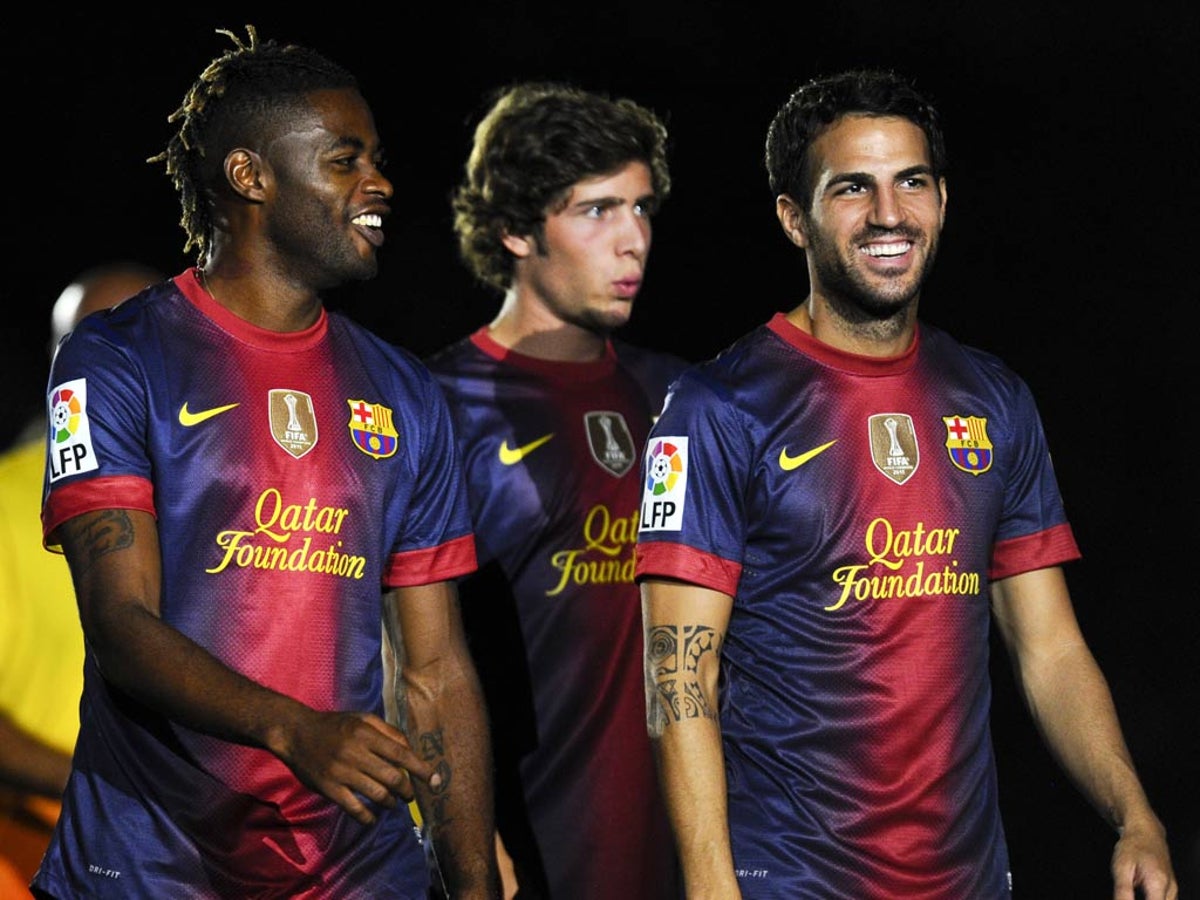 Former Arsenal and Barcelona star, Alexandre Song has officially been unveiled as AS Arta Solar 7’s newest player on Thursday morning in Djibouti City and faced the press for the first time. The former West Ham midfielder arrived in the country on Wednesday and penned a two-year contract to begin life as a player for the 2019-20 Caf Confederation Cup campaigners.

Song was among the Africans fired by Swiss top-flight side Sion in March for refusing to take a slash in salary following the outbreak of Covid-19.

AS Arta Solar 7 released an official statement on their Facebook page to confirm the arrival of Alex Song.

“Welcome to Djibouti! The international footballer, Alexandre Song arrived yesterday afternoon in Djibouti, where he has signed a two-year contract with AS Arta Solar 7,” the club stated.

Here are picture of his unveiling.