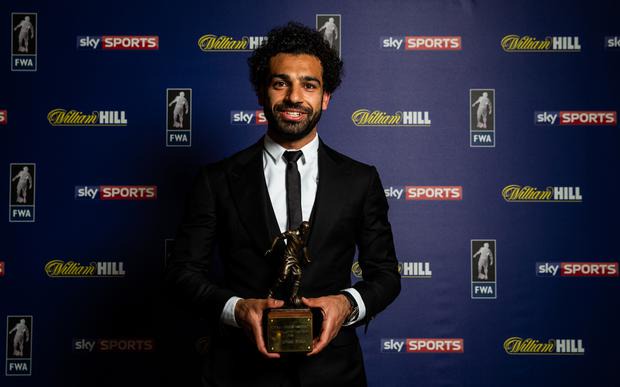 Liverpool star Mohamed Salah has beaten Manchester City midfielder Kevin de Bruyne to win the FWA footballer of the year award. The Egyptian winger wins the award for the second year running with Liverpool still gunning for the quadruple this season.

Salah won the award with 48 per cent of the vote beating City’s De Bruyne and West Ham United’s Declan Rice.

FWA released an official statement on their website to confirm Salah and Kerr as the winners of the awards in men and women categories respectively.

“Mohamed Salah and Sam Kerr have been named the Football Writers’ Association Footballers of the Year.

“Liverpool’s Salah received 48 per cent of the vote beating Kevin De Bruyne and Declan Rice, who finished second and third in the poll. It is the second time Salah has been recognised, having won the award in 2018.

“Chelsea striker, Kerr, was just as dominant in the race for the Women’s Footballer of the Year award and took 40 per cent of the vote with Arsenal’s Vivianne Miedema in second place and Lauren Hemp of Manchester City in third.”