Haaland Reveals How Mbappe’s Hat-trick Against Barca Motivated Him 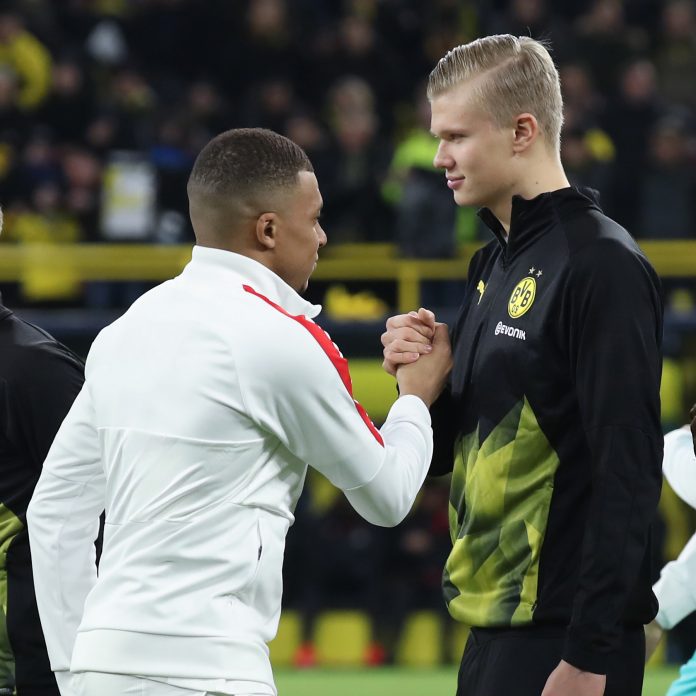 Borussia Dortmund striker, Erling Haaland reveals how Kylian Mbappe’s hat-trick against Barcelona on Tuesday inspired him after scoring a brace in Borussia Dortmund’s 3-2 win over Sevilla in Spain.

Mbappe scored a treble as Paris Saint-Germain thrashed Barcelona 4-1 at the Camp Nou in the first leg of the UEFA Champions League second round tie.

Haaland claims he saw his fellow young sensation scoring some nice goals against the Catalans and he was motivated to the same.

Haaland also replicated but this time around with a brace against another Spanish side as his team take advantage of the first leg with a win.

“I saw Mbappe yesterday and he scored some nice goals and I got a free boost from him! So yeah, it was nice,” he said.

Both players have been tipped for great things in the future as they are both linked with taking over from Lionel Messi and Cristiano Ronaldo.