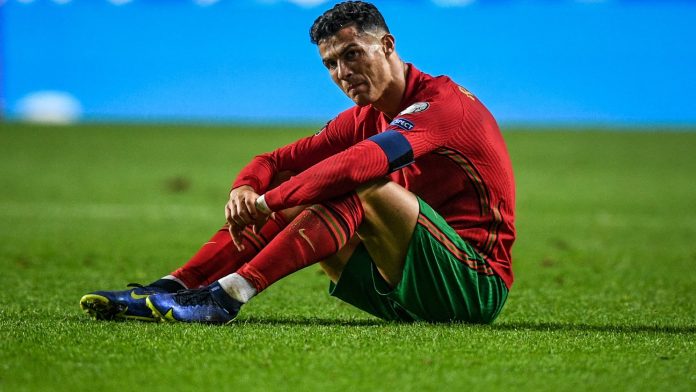 Cristiano Ronaldo’s return and the other three summer signings have added almost £1.3million a week to Manchester United’s wage bill, according to new financial results.

Ronaldo rejoined United after 12 years away, his £550,000-a-week salary, plus the signings of Raphael Varane, Jadon Sancho, and Tom Heaton causing the sharp increase in the wage bill.

The return of Ronaldo and the other three summer signings have added almost £1.3million a week to United’s wage bill, according to the club’s latest financial results.

Wages for the three months leading up to September 30 rocketed to £88.5m, a rise of £16.6m and a 23.1 percent increase on the prior yearly quarter.

Ronaldo accounted for the majority of that hike, given his club-record salary, which also made him the highest-earner in Premier League history after he rejoined in August.

Does Cristiano Ronaldo deserve to be the Premier League’s highest earner? Have your say in the comments!

“While these financial results today demonstrate our resilience through the pandemic, our top priority is success on the pitch,” said Woodward.

This rise was offset by £17.4m brought in through player sales, principally Dan James’ move to Leeds, although the club did also earn a sell-on fee from Romelu Lukaku’s transfer from Inter Milan to Chelsea.

Overall, total revenue increased by 16.1 percent to £126.5m, explained largely by the obvious increase in matchday income that came with the return of fans to games after coronavirus restrictions were lifted.

Matchday revenue was £18.8m compared to just £1.7m the previous year when games were played behind closed doors.

Where should Manchester United focus their efforts in the January transfer window? Give your verdict below…