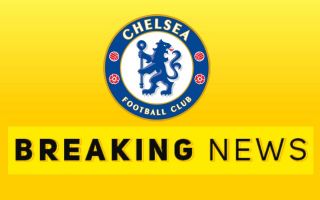 Premier League giants, Chelsea have appointed Thomas Tuchel as their new manager after the sacking of Frank Lampard yesterday.

The German coach signed a 18-month deal with the Blues after spending two-and-a-half seasons at Paris Saint-Germain.

Chelsea confirmed the appointment of Thomas Tuchel on their official website on Tuesday evening.

“Thomas Tuchel has been appointed as the new Chelsea Head Coach. He moves to Stamford Bridge following a two-and-a-half year spell at French champions Paris Saint-Germain, which came to an end last month,” the club stated.

Tuchel will be hoping to get Chelsea’s season back on track with the club languishing in 9th position on the Premier League table despite spending a lot in the last summer.

“I would like to thank Chelsea FC for their confidence in me and my staff,” he said.

“We all have the greatest respect for Frank Lampard’s work and the legacy he created at Chelsea.

“At the same time, I cannot wait to meet my new team and compete in the most exciting league in football. I am grateful to now be part of the Chelsea family – it feels amazing!”