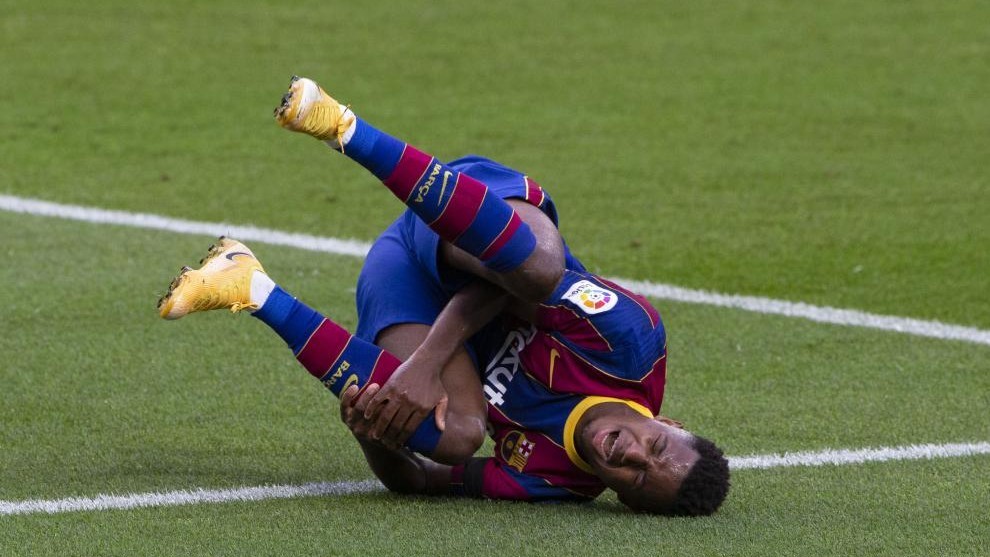 Barcelona had seen Ansu Fati’s continued development as one of the truly bright spots of the 2020/21 season to this point, yet Ronald Koeman will now be without his young talisman for a period of around four months.

A meniscus injury suffered in Saturday’s clash with Real Betis has left the teenager facing a lengthy spell on the sidelines, with Barcelona stating that it will take approximately four months to return to action.

Surgery was the option selected to correct the problem located in his left knee, with Dr. Ramon Cugat and his surgical team being assembled to work on the player under the close supervision of Barcelona’s own medical staff on Monday.

Fati had proven to be an answer to Koeman’s problems on the left wing and, having already established himself as an international under Luis Enrique, the teenager was also on course to be involved in La Roja’s upcoming November matches. He’ll now have to miss those and a large part of Barcelona’s season.

A series of discussions took place on Sunday to determine the best way forward for Fati and surgery was deemed to be the best and most realistic option.

Initial impressions were that the injury – suffered when Fati won a penalty against Aissa Mandi – wasn’t overly serious. Yet it would become clear later that the reality of the situation was in actual fact a torn meniscus in his left knee.

Koeman had seen the Spaniard as an undisputed starter this term and he had participated in 10 matches at the beginning of this campaign in both LaLiga Santander and the Champions League.

He scored five goals in total and was improving all the time, something which has now come to an alarming halt.

The surgery which took place on Monday was revealed as being a success, which is a relief to the Blaugrana, yet now a period of intense rehabilitation begins.

Meanwhile, Koeman will have to consider alternative options to occupy Fati’s role in the team.