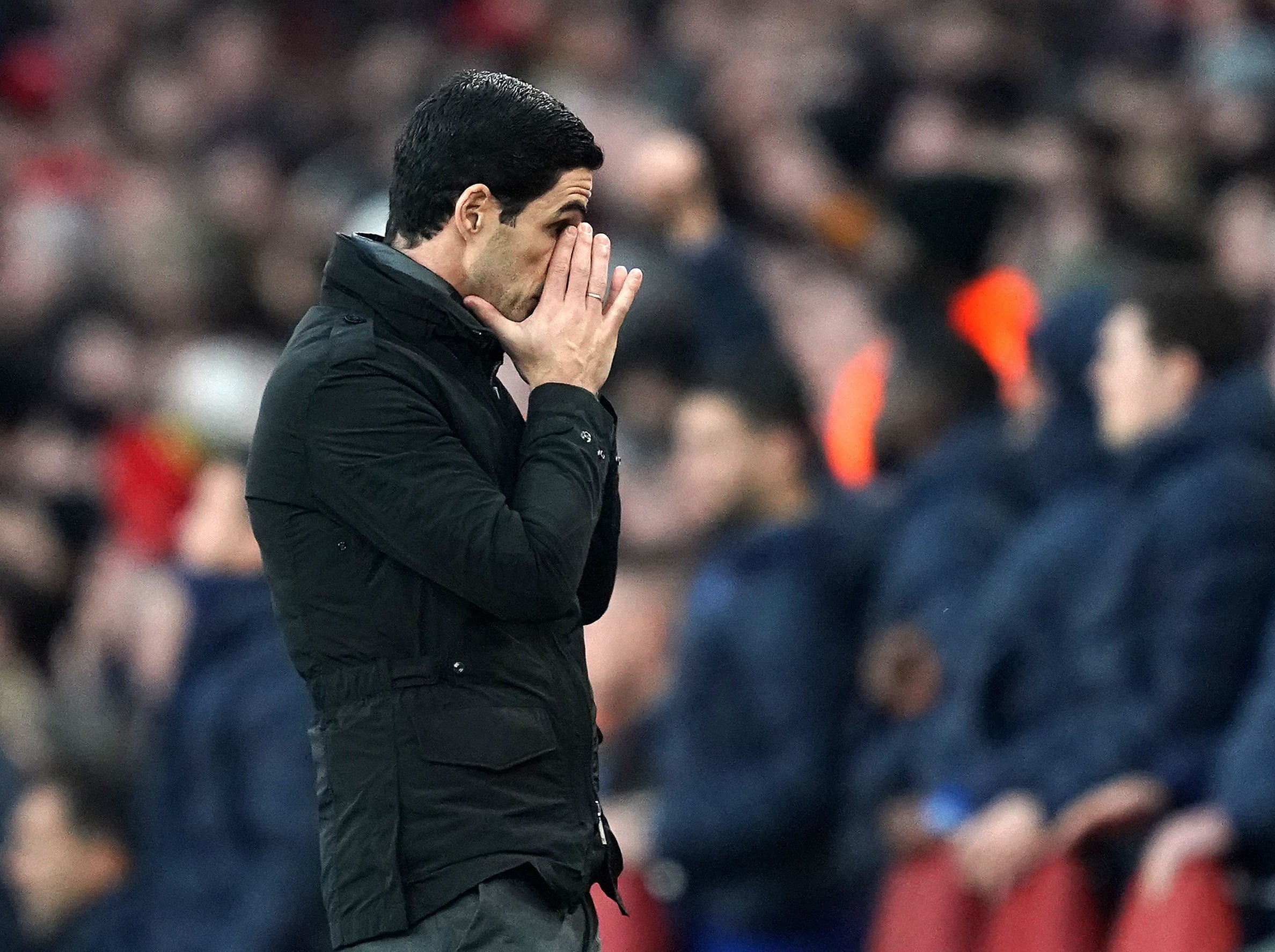 Arsenal continues their good form in the UEFA Europa League as they secure a 4-1 win over Austrian side Rapid Vienna at the Emirates Stadium on Thursday evening.

The Gunners took an early lead in the first half with a stunning strike from Alexandre Lacazette before Pablo Mari double the lead few minutes later.

Eddie Nketiah Added the third before the end of the first 45 minutes as the visitors pulled one back in the second half. Smith Rowe sealed the deal for Arsenal as he got a goal for himself also to make it 4-1 for the Gunners.

After the game, Arsenal boss, Mikel Arteta spoke about his team’s next match against North London rivals Tottenham Hotspurs at the White Hart Lane on Sunday.

The Spanish gaffer is hoping his team can reciprocate Europe form in the Premier League as they are currently struggling in the competition this season.

“The aggressiveness is always there but the margins in the Premier League are so much smaller, when you make a mistake you pay the price,” the Spanish manager said after the game against Rapid Vienna. “We haven’t been as ruthless in the final third in the Premier League as we have in Europe, but I liked the reaction of the team and the performance today.“

He also spoke on the difficulty of selecting a winning side against their neighbours.

“We’ve seen that a lot of players playing on a Thursday who have strong performances in Europa who then play on the Saturday as well so yes I will be thinking about this performance,” he added.