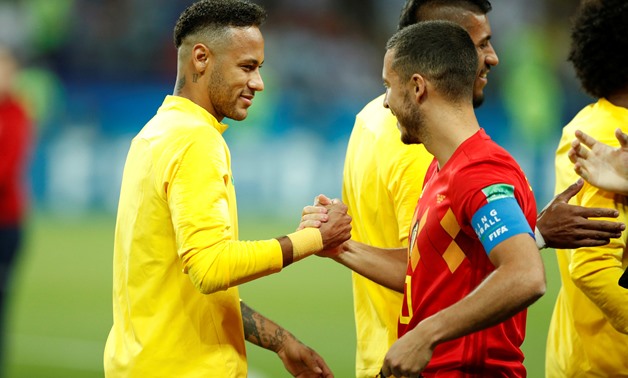 Less than a year removed from coaching in the Spanish third tier, Zinedine Zidane is making history as Real Madrid boss by dropping only two out of his first 50 matches at the helm, the best record among Los Blancos coaches.
Even taking that into account, the 1998 World Cup winner refuses to be compared with peers who have had far lengthier careers.
"I still have a lot to learn," said Zidane.
When inquired about his first steps as a top level coach, the French icon often implies he would not have obtained such brilliant results without a dose of luck.
The numbers speak for themselves, though, and Zidane is the lone coach in Madrid's 114 years of existence capable of losing only two out his first 50 matches in charge.
Jose Mourinho, with four losses, was the previous record holder. Storied coaches at the club such as Fabio Capello, Carlo Ancelotti, John Benjamin Toshack and Miguel Munoz were beaten one tenth of the time throughout 50 contests.
Other remarkable people who did not enjoy a similarly successful start were Vicente Del Bosque, Jorge Valdano or Bernd Schuster, losers of 11, 13 and 14 matches respectively at the same point.
Ever since the former Ballon D'Or winner substituted Rafa Benitez on January 4, only Wolfsburg and Atletico Madrid were capable of beating Los Blancos.
Besides, the 2-0 loss on German soil ended up being irrelevant, as Cristiano Ronaldo scored a hat-trick in the second leg for the eventual Champions League winners.
Among other feats, Zidane's men snagged four out of six possible points in a pair of LaLiga trips to the Camp Nou.
Provided that Madrid are not upset by Deportivo La Coruna on Saturday, they will own the longest undefeated streak in the club's history with 35 matches outright, moving past the Leo Beenhakker-coached 'La Quinta del Buitre' side. So far, the 44-year-old has collected two trophies in his brief reign, the Champions League and the UEFA Super Cup.
Jose Villalonga, Luis Carniglia, Miljan Miljanic and Vujadin Boskov also hoisted a couple of titles in their first 50 matches, while the legendary Munoz amassed three.
Zidane would need a few more matches to lift his third trophy, as Madrid are the favourites to win the FIFA Club World Cup in Japan.