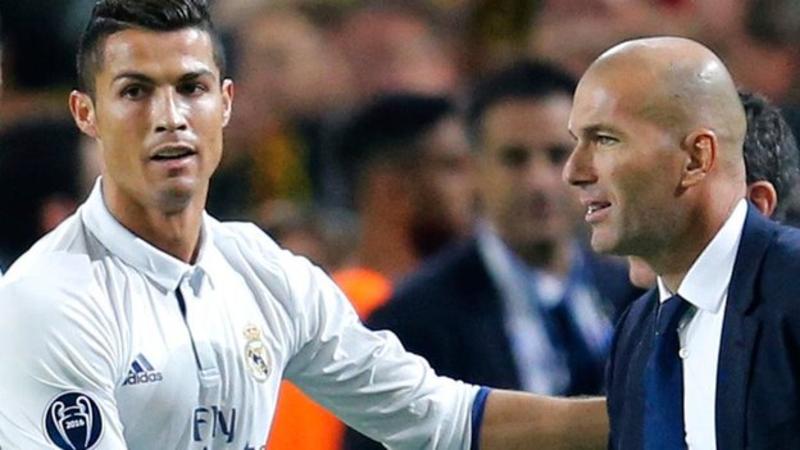 Cristiano Ronaldo should be named the world's best player ahead of Lionel Messi despite his faltering form for Real Madrid, says Zinedine Zidane. Ronaldo, 31, is one of the favourites to win the Ballon d'Or after helping Portugal win Euro 2016. But he has struggled to replicate his previous scoring form for the Spanish club this season, netting just four goals in nine appearances. "He clearly deserves the Ballon d'Or," said Real Madrid manager Zidane. "Not just at an individual level, but above all on a collective level. "He knows everything he is achieving is thanks to his hard work and the work of those around him."
Ronaldo, a three-time Ballon d'Or winner, and current holder Messi have been named on a 30-man shortlist for the 2016 award. Vardy and Mahrez on Ballon d'Or shortlist. Ronaldo has scored 368 goals in 357 appearances since moving to the Bernabeu from Manchester United in 2009, averaging more than a goal per game in each of the past three seasons. However, the Portugal skipper - who missed the start of the season through injury - is currently struggling to match that impressive ratio. He had 11 shots in last weekend's 2-1 home win against Athletic Bilbao - more than the visitors' combined total of 10 - but only two of those efforts were on target. "He is angry about not scoring, but there is no bigger worry than that," added Zidane, whose side are aiming to stretch their one-point advantage at the top of La Liga in Saturday's visit to Alaves. "Every time he doesn't score there is a furore, but he has to live with these things."