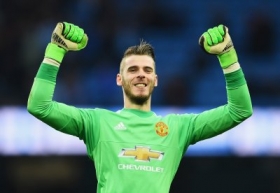 Super Eagles assistant coach Salisu Yusuf has backed Nigerian clubs to make a big impact in CAF club competitions next year, reports Completesportsnigeria.com. The four clubs that represented the country in the CAF Champions League and the Confederation Cup this year struggled to make an impact with only Enyimba making it to the group stages of the Champions League.

The former Kano Pillars coach has however predicted a better outing for the teams despite some of them having to face tough opposition in the preliminary round. “The four teams (Enugu Rangers, Rivers United, FC IfeanyiUbah and Wikki Tourists) have a decent chance of doing well on the continent next year,” Yusuf told Completesportsnigeria.com. “I saw the four of them at the Super Four in Enugu and I believe they are strong enough to compete against any team in Africa.
“In terms of experience they might be lacking, but they certainly have the quality to do well.” Enugu Rangers, who won the Nigerian title last year after a 32-year drought, and Rivers United will compete in the CAF Champions League. The two clubs have been drawn against Jeunne Sportive Saoura of Algeria and Real Bamako of Mali respectively in the preliminary round of the competition.

Federation Cup winners, FC IfeanyiUbah, and Wikki Tourists will play in the Confederation Cup for the first time. FC IfeanyiUbah will confront Egyptian club Al-Masry in the Nigerian club’s first-ever fixture in the competition, while Wikki will face RSLAF of Sierra Leone. Enyimba were the last Nigerian club to win a CAF club competition with their Champions League success in 2004.