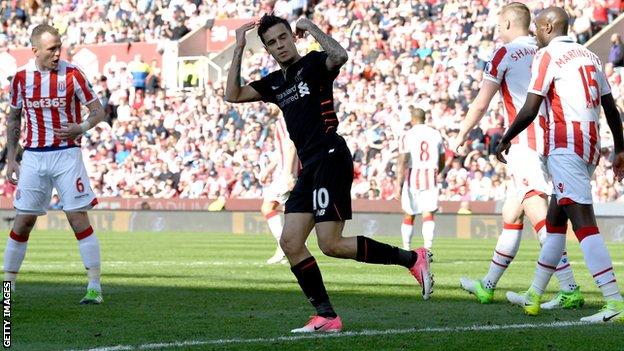 Manchester City midfielder Yaya Toure has pleaded guilty to drink-driving, but says he had not "intentionally consumed alcohol". The Ivory Coast player, 33, told a court he thought he was drinking diet cola from a jug at a party, without realising it had brandy in it. Toure did not challenge the charge as he was "above the permitted limit". He was fined £54,000 - a means-tested fine - and banned from driving for 18 months by Barkingside magistrates. "It is well known that I am a Muslim and do not drink, said Toure. "I have always refused alcohol."
Toure was driving in Dagenham in east London at the time of the offence last month. Barkingside Magistrates Court said Toure had an alcohol reading of 75 micrograms per 100 millilitres of breath - more than twice England's legal limit of 35 micrograms. He pleaded guilty to the charge on Monday, but did not say in his Facebook statement how the alcohol got into his system. In his statement Toure added: "Drink-driving is a serious crime and even though I was not intentionally consuming alcohol I accept the ban and fine and I would like to apologise for this situation." The Ivory Coast international was recalled to the Manchester City squad earlier this month after apologising for "misunderstandings" relating to comments made by his agent Dimitri Seluk.