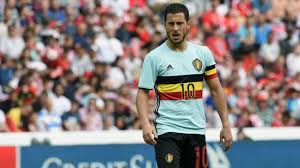 Infantino, who became head of Fifa in February, previously spoke of expanding the World Cup from 32 teams to 40. Under his favoured 16-group structure the top two teams would progress to the last 32 and ongoing knockout matches. A decision will be made in January but any change would not be likely to take effect before the 2026 World Cup. Fifa's council will discuss the proposal at a meeting on 9 January but Infantino, 46, made expansion part of his election manifesto because he wants to allow more countries the chance to compete at football's flagship event.
If world football's governing body does not adopt the 16-group format, other options that will be considered include: Another version of the 48-team event which would see a 32 team one-game knockout round with the winners joining 16 teams who have qualified by right. Keeping the tournament at its present size of 32 teams Expanding it to 40 teams (10 groups of four or eight groups of five). The number of teams competing at a World Cup last increased in 1998 when the tournament expanded from 24 to 32 countries. Uefa's Euro 2016 tournament featured 24 nations, an increase from the 16-team format in place since 1996.