What Klopp said after Liverpool's 3-0 loss against Watford 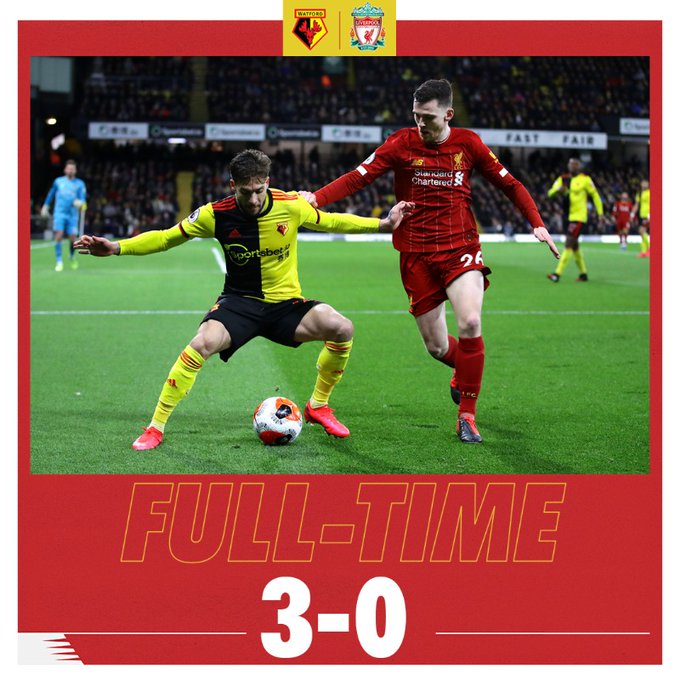 Liverpool's unbeaten Premier League streak and run of 18 successive wins came to an end in dramatic fashion as they were thrashed 3-0 by relegation threatening side Watford.

Liverpool manager Jurgen Klopp: "They did exactly what they wanted to do, we did not. That's how football works.

"You have to accept it, it's not so easy, but it's the proof we were not good enough tonight. It's always very difficult. We have to accept if after. In the game you have to fight. We were 3-0 down but we still tried, there were no silly situations where somebody got frustrated and tried to kick someone.

"If you win good, if you lose, try to do it in the right manner and do it like a man."