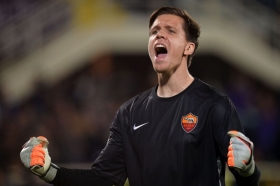 West Ham have completed the signing of Andre Ayew from Swansea for a club-record fee.
The Ghana forward has signed a three-year deal with a two-year option and becomes the club's ninth summer signing.
The fee is £20.5m, according to West Ham's co-chairman David Gold, eclipsing the £15m the club paid Liverpool for Andy Carroll.
Ayew spent just one season at Swansea following a move from Marseille, where Hammers star Dimitri Payet was among his team-mates.
Andre Ayew leaves Swansea for West Ham after just one season in Wales
Andre Ayew leaves Swansea for West Ham after just one season in Wales
He told the West Ham website: "I am very proud and happy to be at this magnificent club. I am happy to be playing for these fans and I hope to make the people very happy here.
"The club have a lot of ambition and have a great manager. They want to become a bigger club every year and with the new stadium and a new training ground you can feel they are moving onto another level and I want to be part of this project.
"I want to train hard, do my job and show that I deserve to play for West Ham United. I want to give back to the manager and the fans the confidence they are showing me."
Swansea have already strengthened their attacking options by bringing in Fernando Llorente, while Atletico Madrid's Borja Baston is also on their radar.