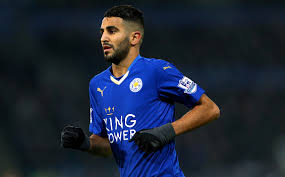 The Gunners have been tipped to move for Mahrez this summer and Wenger was in attendance at the Foxes' International Champions Cup game against Paris Saint-Germain on Saturday. When asked if he would be watching the PFA Player of the Year and if he had made a bid for him, Wenger told Bein Sports: "Yes, of course, we watch all the players, you know.

"But we play Leicester in the second game of the championship so of course it's a good opportunity for us tonight to see them."
Asked for a firm answer on Arsenal's reported pursuit of Mahrez, he continued: "I cannot give you a yes or no because we do not publicise our transfer interest.
"The  best way to make things happen is to keep it as secret as possible."