Wenger Finally Speaks On £40m plus 1 bid for Luis Suarez 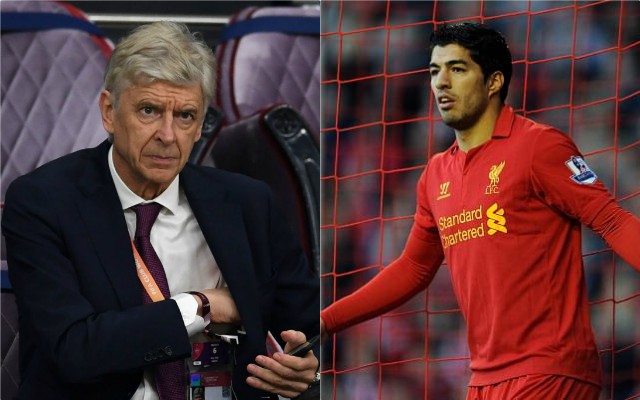 Former Arsenal manager, Arsene Wenger, has admitted it was “ludicrous” to approve a bid of £40million plus one pound in 2013, to land Luis Suarez from Liverpool.

The North London were close to striking a deal with Real Madrid for Gonzalo Higuain, but Wenger shifted focus to Suarez after learning about a supposed release clause.

Arsenal bid just £1 above the £40m mark after agreeing terms with the player.

Liverpool rejected the offer, with owner John W. Henry infamously tweeting “What do you think they’re smoking over there at Emirates?”

Wenger insists it was not Arsenal’s intention to annoy Liverpool, but simply to ascertain whether or not the release clause, which ultimately turned out to be bogus, was legitimate or not.

In his new autobiography ‘Arsene Wenger, My Life in Red and White’, Wenger wrote: “In 2014 we were looking to get Luis Suarez over.

“We had an agreement with the player and his agent. But the agent claimed that there was a clause: with an offer above £40 million, Liverpool would be obliged to let the player go.

“But thanks to an indiscretion within Liverpool. I found out that his clause never existed. To check this was true, we offered £40,000,001. This may have seemed ludicrous, I admit.

“But Liverpool did not want to sell Suarez, they could afford to keep him and there was already an offer from Barca on the horizon.”