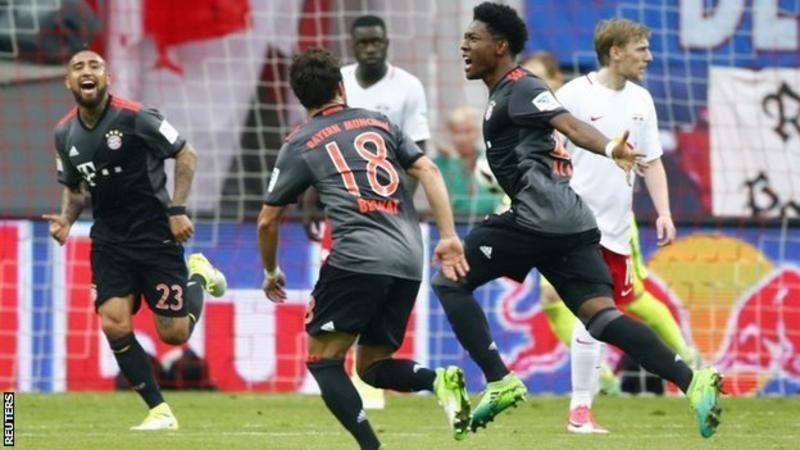 Wales manager Chris Coleman will be honoured with a Special Recognition Award at the Wales Sport Awards 2016. Coleman, 46, guided his side to the semi-finals of Euro 2016, Wales' first major championship in 58 years. Wales are unbeaten in 2018 World Cup qualifying and will end the year in 12th place in the Fifa world rankings. Swansea-born Coleman will receive the award for his achievements in charge of the national team at the ceremony at Cardiff's Hoddinott Hall on Monday. "This special award is a fitting accolade for a man who brought the nation together this summer," BBC Wales Director Rhodri Talfan Davies said. "None of us will ever forget how special it felt to follow the brilliant Wales team that Chris Coleman put together at Euro 2016.
Chris Coleman celebrates with players and coaching staff after captain Ashley Williams' goal in the 3-2 over Belgium in the European Championship quarter finals. "It will be a thrilling moment to see his exceptional achievements celebrated in style." Sarah Powell, Chief Executive of Sport Wales, added: "Chris has provided inspiration to the people of Wales that has even transcended his team's sporting achievements. "His fist pumping passion, combined with his encouragement to dream, learn and strive for success have touched people across the nation. "We will all remember the summer of 2016 for a long time to come. I am delighted we are able to recognise his contribution with this Special Recognition award."
Fourteen awards will be presented at the ceremony including Team of the Year, Coach of the Year, Lifetime Achievement and the prestigious BBC Cymru Wales Sports Personality of the Year Award. The Wales Sport Awards 2016 will be broadcast live from 19.30 GMT on Monday, 5 December on the BBC Wales Sport website and also on BBC iPlayer and the Red Button. The event will also be live on BBC Radio Wales. The Wales Sport Awards is an event, organised in partnership by BBC Wales and Sport Wales. It aims to recognise the best achievements at elite and community level in Welsh sport.