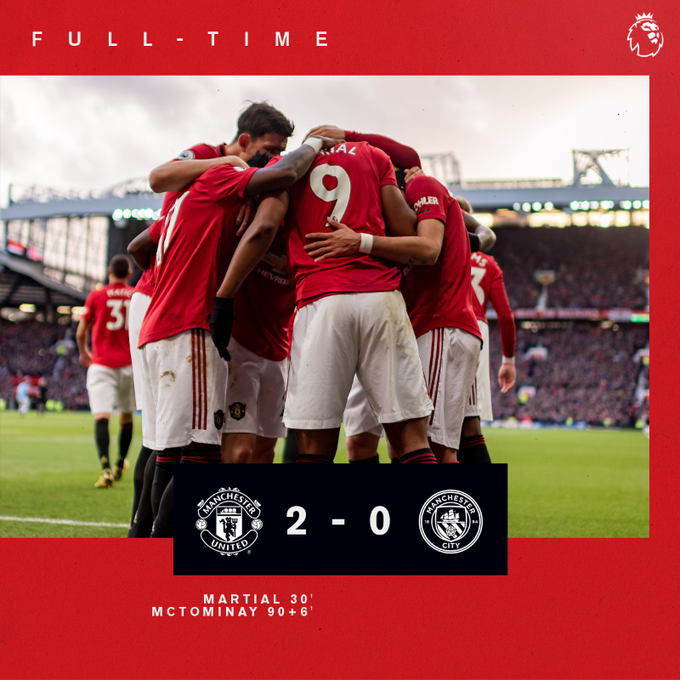 Manchester United’s duo, Aaron Wan-Bissaka and Fred were selected for drug testing, after their 2-0 win over Manchester City in the Premier League on Sunday, The Athletic reports.
Anthony Martial and Scott McTominay scored for the Red Devils, as they completed a double over their rivals at Old Trafford.
After the game, Wan-Bissaka and Fred were randomly picked for drug testing, as per regular practice in England’s topflight. The two players could not join the rest of the squad in the dressing room, until they each provided a sample.
However, Wan-Bissaka was not able to provide a sample until 7.30pm because of dehydration.