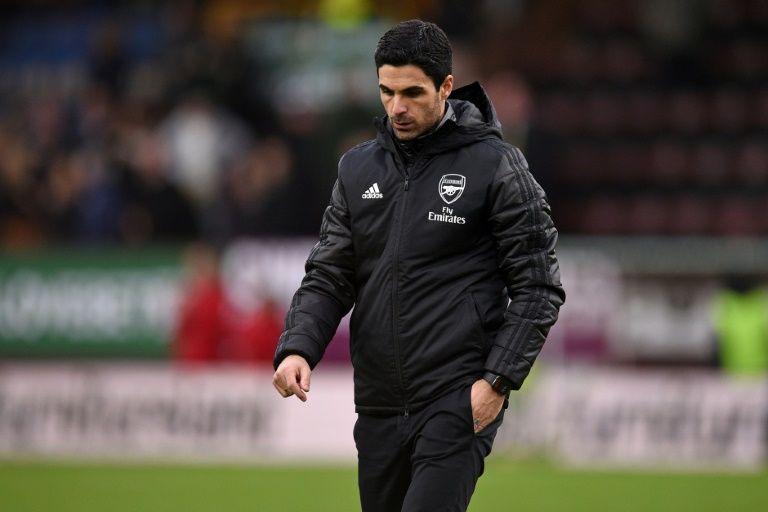 Arsenal manager, Mikel Arteta, has excluded Mesut Ozil, Sokratis and William Saliba from his Europa League squad.
The Gunners were required to name 25 players for the group stages of the European competition to UEFA today.
Arteta’s newest signing, Thomas Partey, makes the cut.
The arrival of Partey on deadline day, left Arsenal with 19 non-homegrown players in their squad.
UEFA rules state that a club’s ‘A list’ can contain a maximum of 25 players – including two goalkeepers – with a minimum of eight places for ‘locally-trained players’.
If a squad is submitted with fewer than eight locally-trained players, then the maximum number of players on the ‘A list’ must be reduced accordingly.
As a result, Arsenal named 17 non-homegrown players with Ozil and Sokratis the two to make way out of their senior stars.
The decision suggests the out-of-favour pair are also facing a similar fate when Arteta submits his Premier League squad before October 20 with similar guidelines.
Arsenal’s Europa League Squad