'THERE IS NO ANSWER, JUST RAGE' - JAVI MARTINEZ DEVASTATED BY MUNICH SHOOTINGS 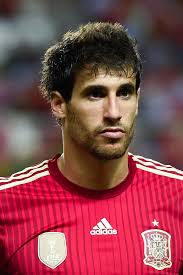 Bayern Munich midfielder Javi Martinez feels "rage and impotence" over the Munich shootings and expressed sympathy with victims of the attack.
Nine people were killed and at least 16 wounded at the Olympia-Einkaufszentrum shopping mall in the German city by a gunman, who later killed himself.
Spain international Martinez lives near the Olympia and was made aware of the attack by Bayern Munich colleagues in a shared messaging group.
He told Marca: "I was out of town and one team-mate had written something in the group of players we have to ask if we were okay. So I heard, then I put the radio and talked to Juan Bernat, who also told me he was okay.
"The city quickly became a mess and I began to get messages from my house to see if I was alright.