SUNDERLAND BEAT WATFORD TO MOVE AWAY FROM RELEGATION 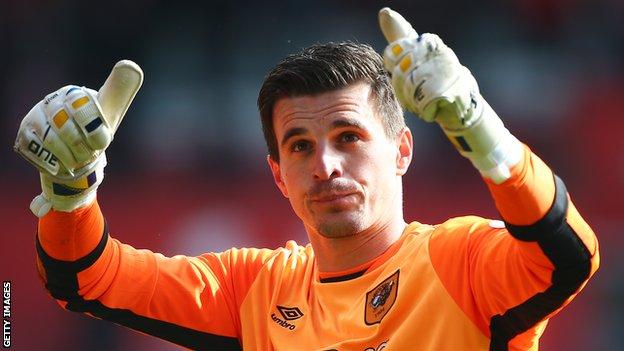 Sunderland moved off the bottom of the Premier League and to within a point of safety with victory over Watford at the Stadium of Light. Following a first half of few chances, Patrick van Aanholt scored the only goal of the game shortly after the break. Adnan Januzaj slid a lovely ball to Jermain Defoe, whose low cross was touched by Van Aanholt, who then swivelled and shot in off the post from six yards. Troy Deeney had a chance to equalise when he met a Nordin Amrabat cross, but his header flew wide.
Daryl Janmaat and Odion Ighalo also had late efforts for the visitors saved by keeper Jordan Pickford, as Watford slipped to a fourth defeat in five games. A rare clean sheet for Sunderland Sunderland manager David Moyes had earmarked this as a must-win game in his side's quest to avoid relegation, and his players delivered a display built on determination and solid foundations. The home side defended resolutely and, when their goal was threatened, Pickford made the necessary saves as the Black Cats kept only their second clean sheet of the season in the league. Left-back Van Aanholt was key to the win, not only scoring but combining well with Victor Anichebe ahead of him, as 55.8% of Sunderland's attacking play came from their flank. Van Aanholt went close at the end of the first half when he had a shot saved - when he appeared to be offside - before he was rewarded for his overlapping runs with his third goal of the season. "It's a massive win for us," said Sunderland captain Defoe. "We've got to keep going now, keep our foot on the gas, as it's so tough down there."
Both sides predominantly attacked down the left side but it was Sunderland (left) who capitalised through Patrick van Aanholt. Watford strikers Deeney and Ighalo were key to their side's successes last season, and were reunited in attack from the start for this game. However, their struggles continued and their lack of goals - they have five between them this season - looks to have dented their confidence. Deeney has been stuck on 99 goals for the Hornets since 1 October, and when through on goal in the first half he misplaced a pass as he tried to square for Ighalo rather than shoot. The pair had two shots between them, but Watford did have their chances - Amrabat having a shot tipped over by Pickford, and Miguel Britos heading wide from two yards. No defender has scored more Premier League goals since the start of last season than Patrick van Aanholt (seven)
"We were slow getting out the blocks and, to be fair to Watford, they started OK. We didn't press enough in the first half. "Watford had a lot of set-pieces and we tightened it up with 10 minutes to go by bringing John O'Shea on. You never know if decisions like that are going to work. It did today. "I told the players we had to win. It wasn't a great performance but it was a winning performance, which always hides a multitude of sins." Watford manager Walter Mazzarri: "We did everything ourselves and I'm very angry. We missed many chances in the first half and we gave them the goal easily. "Sometimes you make mistakes but it's only our fault. We should have scored and we didn't. I've spoken with the guys, they know what they did, and we will have to sort it out. "I'm concerned by the way we play. I was happy with the performance but if we don't take our chances, we won't get anywhere."