Sport Minister says Federal Government didn't expect Falcons to win, is the reason for their non payment of entitlements 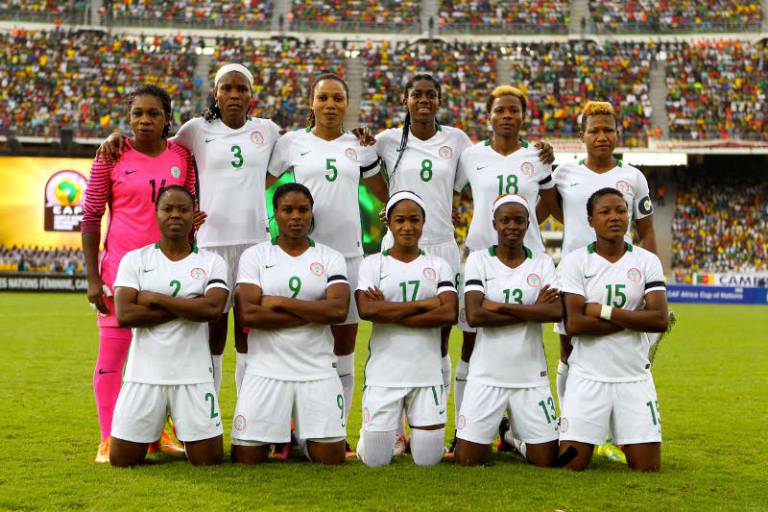 Nigeria's minister of sports  Solomon Dalung has admitted that the Federal Government did not expect the Super Falcons to win Women's Africa Cup of Nations which ended in Cameroon on Saturday, Completesportsnigeria.com reports. The ladies, who won the competition for the eighth time in the tournament format era, have not been paid their entitlements and are staging a protest.
Although the Super Falcons went into the tournament as defending champions and favourites, Dalung claimed that their triumph in Cameroon somehow came as a surprise and the authorities were not prepared for it. “Don’t forget that nobody even knew the team would emerge victorious," Dalung told State House correspondents at the Presidential Villa, Abuja on Thursday.  “If we were confident they woupd emerge victorious, all the federation would have done was to plan for the process of participation and entitlement. “It is already established in sports tradition, when you win this is what you are entitled to.
“The situation is highly unfortunate and I don’t like it. These girls have given confidence to women who want to embrace sports, so this will go a long way in killing this laudable achievement. It is unfortunate but we will make sure the right thing is done." The Nigeria Football Federation claimed that they paid the players N500,000 each in Cameroon but were not able to settle the rest of the entitlements due to a cash crunch. Some have put the figure being owed the players at as much as over N200m in allowances and bonuses.