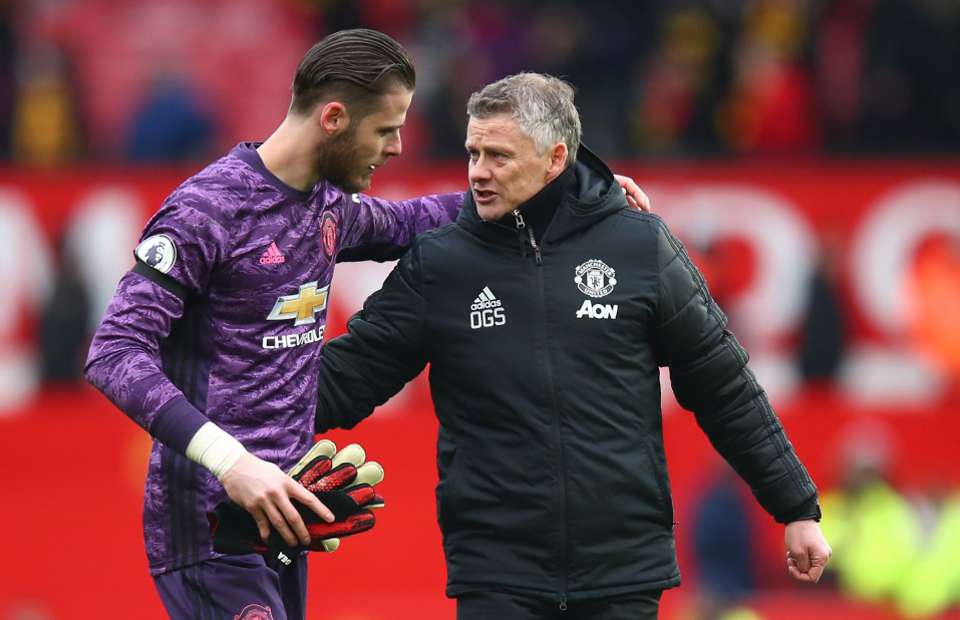 Manchester United manager, Ole Gunnar Solskjaer, has refused to confirm David De Gea will start against West Ham.
De Gea’s spot in the team is under uncertainty, following his two blunders in the 3-1 defeat to Chelsea in the FA Cup semi-final on Sunday.
United host the Hammers on Wednesday in the Premier League, still fighting to finish in the top four.
When Solskjaer was asked during his media briefing on Tuesday about starting De Gea, he replied: “I don’t want to talk about it. Of course, we’re going to stick together as a group and as I said he’s proven before he’s mentally strong.
“We’ll stay together and we’ll see the team on Wednesday night.”
De Gea is coming to the end of his ninth season at Old Trafford after joining from Atletico Madrid in 2011.