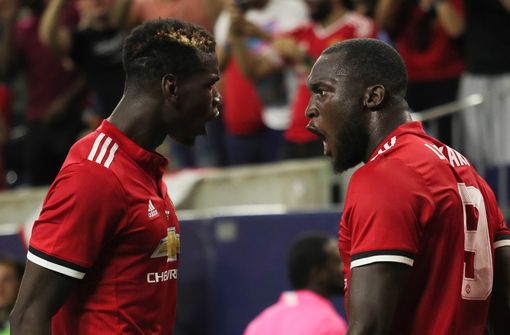 According to reports in The Sun, Serie A champions Juventus have started negotiations with Manchester United for the signing of Romelu Lukaku. The Bianconeri are offering the Red Devils two players plus cash for the Belgian international.
Juventus are now the favourites to sign the former Chelsea striker after he was heavily linked with a move to Antonio Conte's side Inter Milan. The Nerazzuris were unable to meet United's £80m valuation of Lukaku and Juventus are hoping to steal the deal with a mouthwatering offer.
Reports in The Sun suggest that Maurizio Sarri is a fan of Lukaku and the club are ready to offer both Paulo Dybala and Mario Mario Mandzukic in addition to £10m () to sign the former Everton striker.
Dybala, on the other hand, has lost his superstar status at Juventus in the last 12 months following the arrival of Cristiano Ronaldo from Real Madrid last season and is free to leave the Serie A champions.
Both Dybala and Mandzukic are not in Sarri's plan ahead of next season, but there is no confirmation about Manchester United's interrest in both players.
Manchester United manager, Ole Gunnar Solskjaer has made it clear this summer claiming he only wants to sign young, ambitious players and Mandzukic turned 33 at the end of last season.
United would have jumped at the chance to sign Dybala last summer but that is certainly not the case now. Failed transfers like Alexis Sanchez, Angel di Maria and Radamel Falcao have forced United to re-think their recruitment strategy. Lukaku failed to hit the heights expected last term and weighed in with just 12 league goals for United – his lowest tally in a single league campaign since 2014/15 (10).