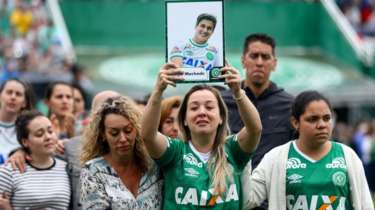 The cameras caught a candid conversation in the tunnel between the Spain internationals ahead of Saturday's International Champions Cup match
The football world is hanging on Diego Costa's transfer saga, but the Chelsea forward may have revealed the truth to none other than Sergio Ramos.
The two Spain colleagues enjoyed a warm embrace in the tunnel ahead of a pre-season clash between Real Madrid and Chelsea on Saturday.
But the chat between the pair suddenly turned serious when Ramos asked Costa when they would be neighbours again.
"Why don't you come back to Madrid?" the defender was seen mouthing by television cameras before the game.
While the Chelsea man had his back to prying eyes, Ramos' reaction gave some indication of the conversation.
"They won't let you?" he replied, surprised, upon hearing the ex-Atletico Madrid man's answer.
Real's star then let slip a possible reason why Diego Simeone will not be enjoying a reunion with his former striker at the Vicente Calderon: "Because Gameiro is coming?"
Costa had also dismissed questions from Spanish press as he entered Michigan Stadium over a return to Madrid with a wave of his finger, suggesting that while his future remains uncertain, it is more likely to lie in London than the Spanish capital for the time being.
Ramos' team overcame Chelsea 3-2 in the clash to take the honours in the International Champions Cup.