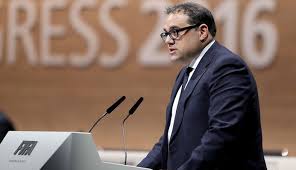 Charlie Wyett says Wayne Rooney should leave Manchester United for a club that will play him in midfield, a move he says would benefit his England career. Wayne Rooney should look to leave Manchester United to join a club where he would be played in central midfield, says Sunday Supplement guest Charlie Wyett. Rooney was booed by a section of England fans as he captained the Three Lions to a 2-0 victory over Malta in the World Cup qualifiers at Wembley on Saturday, playing in a midfield role alongside Jordan Henderson.
After the game, England teammates and caretaker manager Gareth Southgate defended the country's leading outfield appearance-maker, saying the criticism of the 30-year-old is unfair. Rooney can't play for England if he's fielded in a different role for his club, Wyett says Rooney was left on the bench for Manchester United's last three matches, and The Sun football editor Charlie Wyett claims he should consider a move away from Old Trafford to focus on playing in a midfield position for club as well as country. "It's not going to happen, but I think Rooney, next summer, should look at leaving United and play somewhere for the next year in that position every week, in central midfield," he told Sunday Supplement.
Jose Mourinho has left Rooney out of the starting lineup during Manchester United's last three games. "United, I assume, are not going to want him to go, and Wayne Rooney is not going to want to leave Manchester United. But, in terms of England, if he is going to play in that position then he has to be playing there every week otherwise he's not going to perform for England. So, as a result, I think he should be on the bench and not start the England games."Wyett, who believes the booing by some England fans was uncalled for, alluded to the fact that Jose Mourinho favours playing Rooney up front as opposed to a deeper role.
"There's no excuse for the jeering, but I think some of it is pantomime villain stuff," he said. "It's odd that fans have decided to do it.  "Has he brought it on himself? I think he has to look at himself and his future. I think he can play in that midfield position. He wasn't great yesterday, but let's not forget he played quite well against Russia during the Euros in that position. Rooney was booed by some England fans at Wembley as he captained the Three Lions to a 2-0 win over Malta.  "His problem is that Jose Mourinho has absolutely no intention of playing him there, as he spelled out right at the start, so Wayne Rooney can't play for England over the next two years if he's not playing there for his club."