REPORTS: Bruno Fernandes Not Happy With Man Utd Board 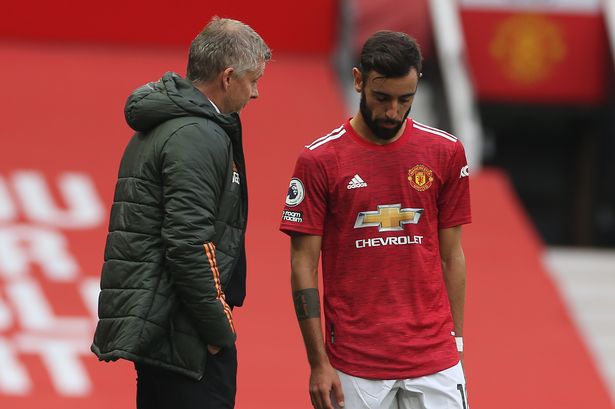 Manchester United midfielder, Bruno Fernandes, is angry with the club’s board over their approach during the summer transfer window, according to Duncan Castles on the Transfer Window Podcast.

The Portuguese international is not happy with Man United hierarchy over their business in the last transfer window and thinks the Red Devils’ activity did not match the expectations he had when he arrived at Old Trafford in January from Sporting Lisbon.

The Portugal international believes that Man United have not signed players who will improve the team to a level that will bring them closer to Premier League rivals, Liverpool and Manchester City.

The 26-year-old was also left furious by Man United manager, Ole Gunnar Solskjaer’s decision to take him off at half-time against Tottenham.