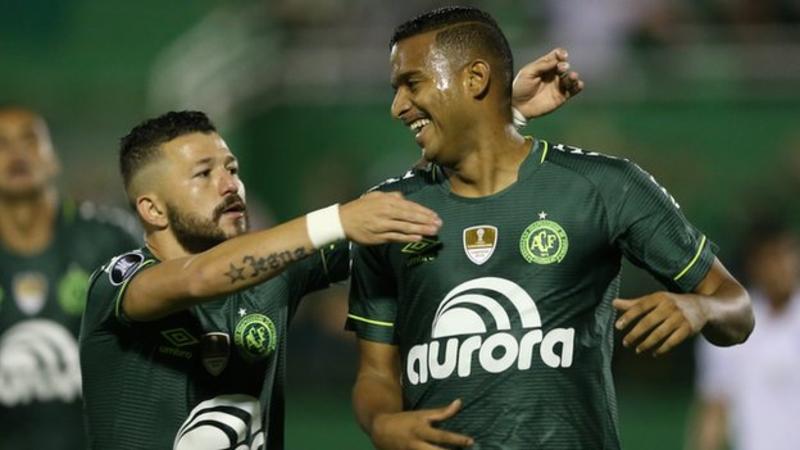 A disjointed Real Madrid saw their winless streak extend to four games as Eibar held them to a draw at home. The visitors took a shock early lead, Fran Rico taking advantage of sloppy marking to head past Keylor Navas. Gareth Bale equalised with his 50th La Liga goal shortly after, rising to meet Cristiano Ronaldo's lofted delivery. Zinedine Zidane made changes in both attack and defence at the interval but his side continued to spurn numerous chances as Eibar held firm. A win would have restored Real as league leaders but a fourth successive draw in all competitions means they trail Atletico Madrid on goal difference after their city rivals beat Valencia 2-0 away. And Real could fall further behind if Barcelona beat Celta Vigo later on Sunday.
With Sergio Ramos rested, the flaws in Real's defence were quickly exploited by the visitors as Rico drifted into the area unchecked to divert Ander Capa's cross beyond Navas' weak attempted save. In attack, the hosts often resorted to deep crosses from wide positions and although that approach worked in the 17th minute as Ronaldo's ball to the back post was headed in by Bale, it was often too easy for an organised Eibar to repel. At the break, Zidane removed error-prone central defender Raphael Varane and ineffectual forward Karim Benzema in favour of Nacho and Alvaro Morata, who had a goal rightly disallowed for offside on 54 minutes.
The hosts' muddled thinking was epitomised moments later as Isco inexplicably checked back when clear through on goal and the ball broke to Morata, who tried to round the keeper instead of shooting and was booked for his subsequent dive. A passive Real badly missed the control and movement of injured midfielders Casemiro and Luka Modric - with the latter also facing a longer spell on the sidelines than first expected after having knee surgery on Sunday. On an otherwise frustrating day, Bale underlined his importance to Real as he scored his 50th goal in 87 league games for the club.
The Wales international almost put his side ahead on the hour as he produced remarkable power on a stooped header from the edge of area, which beat Eibar keeper Asier Riesgo but rebounded off the inside of the post. Before Bale's effort, a well-drilled Eibar side also had chances to claim more than a point as Pedro Leon was set free down the right only to rush his attempt, which dribbled into Navas' arms.  And the visitors deserved to survive the final stages as Mauro dos Santos almost headed a corner beyond Riesgo, with Real unable to arrest their recent slump in front of a jeering Bernabeu crowd. Real Madrid manager Zinedine Zidane said: "We are not in crisis, we're only in October. What we need to do is improve, we can't lose our minds over this.
"I'm not going to go crazy and neither are my players. All I can see is that we need to work harder and be more intense at the start of games. "We leave with a bad taste in the mouth. We let our opponents play in the first half and we knew that they could score like that and we didn't deal with it. "We can't blame fitness issues, we just need to work with more intensity, starting with me. When the players return from international duty we have to turn this around, we can't continue like this."