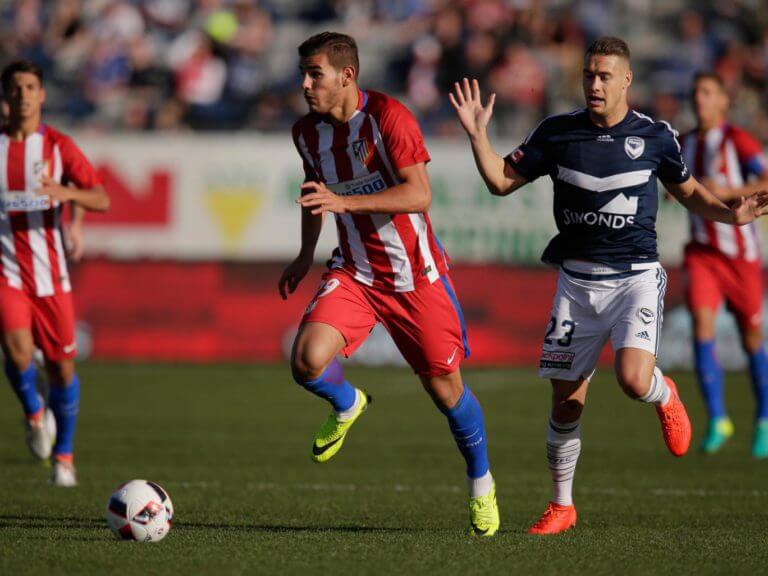 The Belgium international's two goals could not rescue the result for Antonio Conte's men, who were three goals down at half-time in their ICC clash
A Marcelo double and a stunning strike from Mariano Diaz helped Real Madrid to a 3-2 victory over Chelsea in the International Champions Cup as Eden Hazard's late brace proved in vain.
European Champions Madrid were beaten 3-1 by Paris Saint-Germain on Thursday, but it appeared as though the Liga giants were in store for a comfortable win in front of a bumper crowd of 105,826 at the Michigan Stadium.
Full-back Marcelo put Zinedine Zidane's men in command with an unlikely brace, first seeing a long-range effort deflect in before adding a second with a cool finish. The best was to come from Mariano, though, who let fly with a fierce 25-yard strike that left Asmir Begovic helpless, Madrid three goals to the good after 37 minutes.
However, Chelsea threatened a late comeback when impressive substitute Hazard, much criticised for falling well below his lofty standards last term, scored twice in the last 10 minutes. It proved too little too late and new Chelsea coach Antonio Conte, a former team-mate of Zidane at Juventus, has just over a fortnight until their Premier League opener against West Ham and he will be keen to see a swift defensive improvement.
Zidane himself will want to see Madrid shore up at the back, but they showed plenty of positive signs going forward as they build towards the new Liga season. Madrid went ahead in the 19th minute when Marcelo tried his luck with his weaker right foot and a deflection off Oscar left Begovic wrong footed.

The Brazil full-back had a look of disbelief when he scored again seven minutes later, coolly slotting past Begovic after a clever give and go with Marco Asensio.