Pogba told to “shut up” over Real Madrid ambition 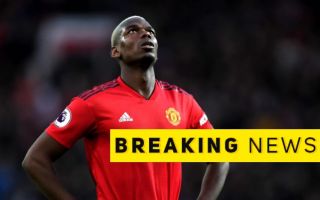 Manchester United’s Paul Pogba has been told to “shut up and do something on the pitch”, after restating his dream of playing for Real Madrid.
Speaking after France’s 7-1 friendly win over Ukraine, Pogba was asked about his future.
He replied: “Of course, every footballer would love to play for Real Madrid and would dream about that. It’s a dream of mine, so why not one day?
His comments did not sit well with German pundit, Jan-Aage Fjortoft who hit back at the 27-year-old.
“It’s time that he shuts up and tries to do something on the pitch,” Fjortoft said on ESPN FC
Former Liverpool right-back, Steve Nicol, who was also on the show added: “I don’t understand why players are so stupid.
“Just because someone asked you a question, you don’t have to answer it.”