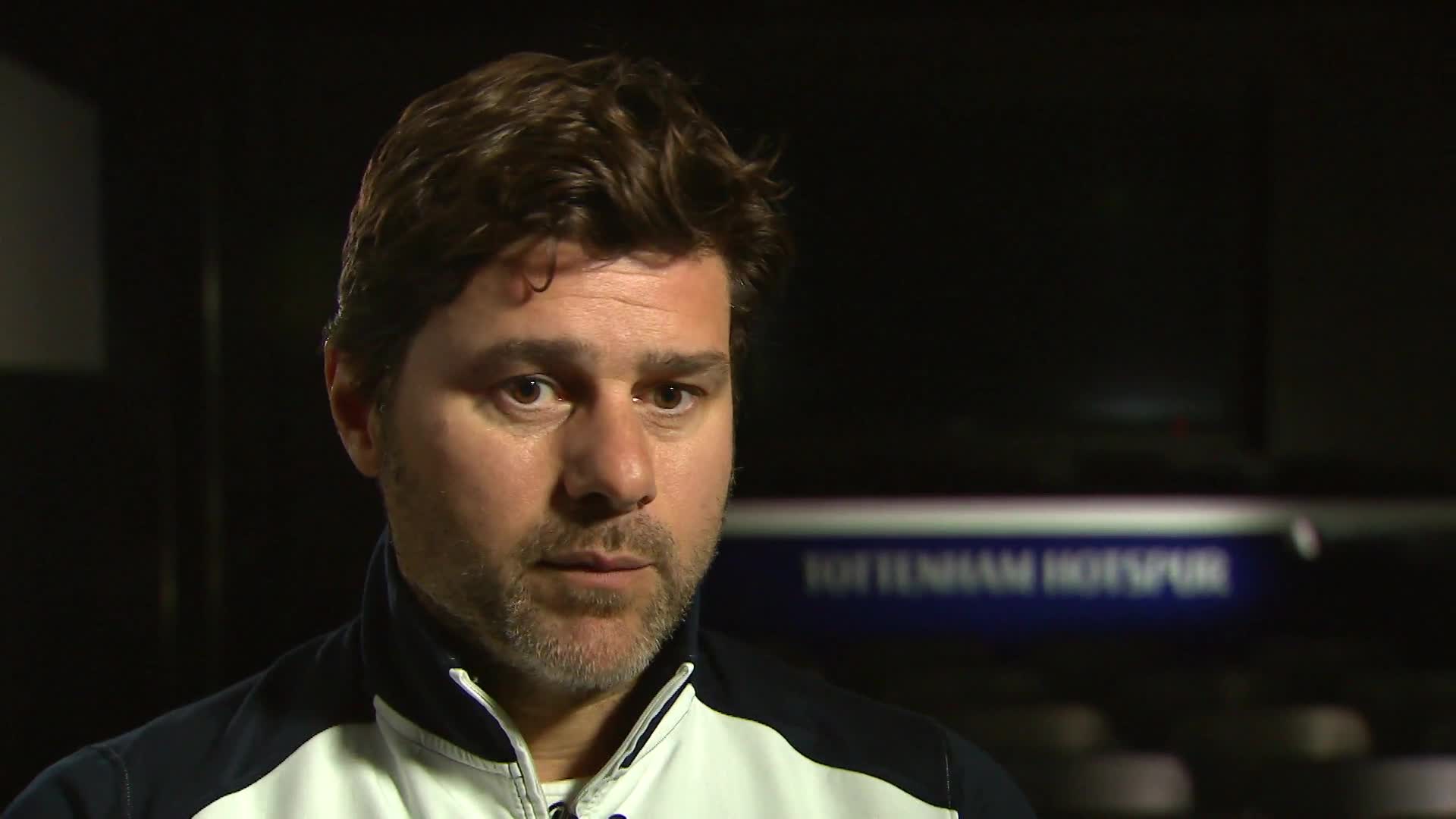 Mauricio Pochettino says winning the Premier League is "our dream" and Tottenham is a "fantastic club to achieve things with". The north London club came within touching distance of lifting the top flight trophy last term, but a poor run of form heading into the home straight saw them eventually finish in third - 11 points behind eventual winners Leicester.  The Argentine manager - now in his third year at White Hart Lane - says he hopes to be able to win the Premier League with Spurs and believes they are in a good position to make progress despite last season's disappointment.
"It is our dream to win the Premier League. It is our premier competition. For us, it is our first step," Pochettino told Sky Sports. Tottenham came close to winning the title last season but suffered poor form in the latter stages Tottenham came close to winning the title last season but suffered poor form in the latter STAGES. "I am very happy here - me and my staff as well as my family. I think we find that we are in a very good place to ensure we can work hard. It is a big club with lots of supporters and it is a fantastic club to achieve big things with.  "We finished third in the league last season. It was a tough summer because the way that we finished the season was bad. We showed some weakness at the end of the season that we need to try and work out which is always important.
"When you compete with a big side, it is always difficult, but it shows we are a better team than last season. We have had some problems in the last months after Man City. "There were more things that maybe made it difficult for us to compete at our best and I think now we are in a good position to try to achieve good results.  "We need to work hard because teams like Chelsea, Liverpool, Man City, they have all improved. It is true that the Premier League is tougher than last season because all the big teams are improving their squads but we are confident in ours." Tottenham are awaiting the completion of their new stadium which is scheduled to be ready by the start of the 2018/19 campaign and Pochettino believes the ground will help them compete for silverware.
Spurs are currently fifth in the Premier League table - one point from the top four. "I think for us, our first challenge is to finish the new stadium. We have brilliant facilities on the training ground and I think the new stadium can help a lot for us to fight for the titles.  "We have to wait now and it's all about time. It's difficult to ask for time in football but I think we are in a good process. A good challenge is to arrive at the new stadium and at that moment, be in the position to fight for titles."