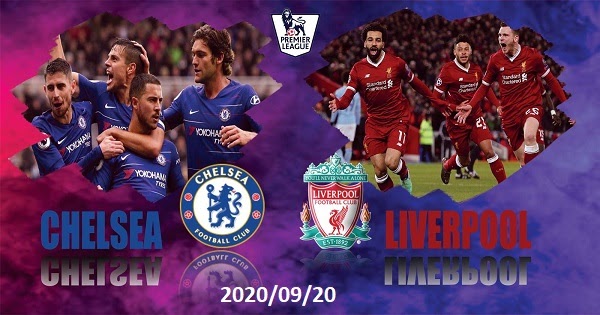 Michael Owen believes Liverpool boss Jurgen Klopp will have some worries about his defence ahead of their clash with Chelsea on Sunday.

The Premier League champions made a winning start to the season by beating Leeds but they showed vulnerability at the back as the newly-promoted side scored three goals at Anfield before losing 4-3.
If Liverpool aren't at their best at Stamford Bridge, Chelsea new boy Timo Werner is likely to be on hand to punish them after an impressive debut against Brighton on Monday.
And Owen reckons the two sides will cancel each other out in an entertaining draw.

"Chelsea started their Premier League campaign with a 3-1 win away at the Amex stadium and Frank Lampard will have been pleased with the way that some of his new signings seem to be settling in," he told Bet Victor.
"Timo Werner was a constant threat to Brighton and looks like he is going to adapt very quickly to the rigours of the Premier League.

"Liverpool beat Leeds United 4-3 in their opening day fixture and while Jurgen Klopp will have been delighted to see his strikers picking up where they left off last season, he will have been concerned with the way Leeds picked their defence apart on way too many occasions.
"If there is one certainty in this match, it’s that there will be goals.

"I fancy an entertaining, end to end clash between the two sides with honours even at the final whistle. 2-2 for me."

Man Utd v Crystal Palace
After being given permission to make a delayed start to the season, Manchester United get their campaign underway against Crystal Palace. And Owen has backed his former club to make a winning start.

"Crystal Palace recorded a gritty 1-0 win over Southampton on the opening weekend of the season although they have their goalkeeper Guaita to thank for the three points after he made a great save from Danny Ings in the dying minutes.

Arsenal v Westham
"I think this is going to be a long and difficult season for Roy Hodgson and his team and I see this ending in a comfortable 2-0 home win for Manchester United."

“Arsenal looked very impressive in their opening match against Fulham and Mikel Arteta has certainly improved their shape, style, and confidence since he took over,” Owen told BetVictor.
“They look much more solid defensively with new signing Gabriel playing particularly well in the season’s opener and Willian, recently signed from Chelsea, also in impressive form. The Gunners really do look to be heading in the right direction.
“I predicted a top-half finish for West Ham this season but at this moment in time, there appear to be a number of issues at the club both on and off the field.
“David Moyes was very unhappy with the performance of his team in their 2-0 loss at home to Newcastle United and I’m not sure he will be relishing an away trip to their North London rivals who are in such good form.
“A comfortable 3-0 victory for the Gunners for me in this one.”