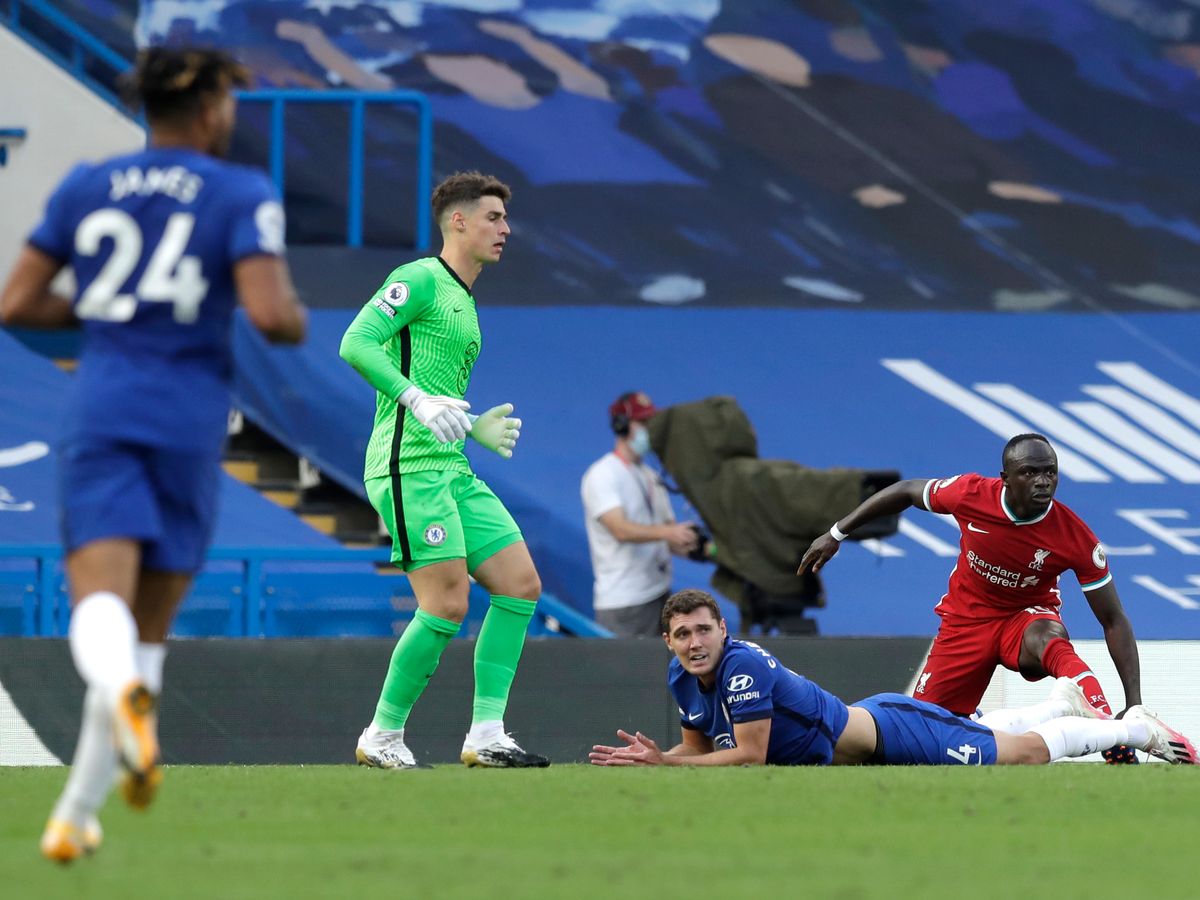 Former Liverpool and Real Madrid striker, Michael Owen, has criticised Chelsea goalkeeper, Kepa Arrizabalaga for a role in defender, Andreas Christensen’s red card following the Reds’ 2-0 victory against the Blues in the Premier League on Sunday.
Owen said Kepa “confused” Christensen before the Chelsea centre-back was sent off for taking down Liverpool forward Sadio Mane a few minutes before the half time.
Mane scored two goals in the second half to give Jurgen Klopp’s side all three points against Frank Lampard’s men, while Alisson Becker saved Jorginho’s late penalty.
“We hear a lot of the time about goalkeepers creating nervousness in their back four, and I think that is a perfect example,” Owen told Premier League Productions.

“He [Kepa] did it earlier on in the game when he ran out of his box for no apparent reason. When your goalkeeper is nervous, it runs throughout your team.

“He should not be running 25 yards out of his goal.

“I don’t think there are any complaints about the red card decision.

“It took two attempts from the referee to get there, but I think he got there in the end.”

He added: “It was a great run from Sadio Mane to get across the face of Christensen, but Kepacomes out and confuses the situation for the big centre half.

“He [Christensen] puts two arms around Sadio Mane, grabs him, wrestles him to the ground, and it’s a definite sending off.”