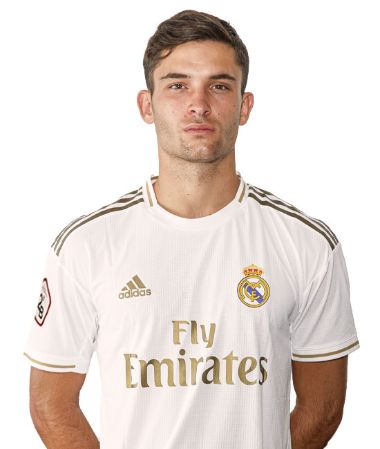 Real Madrid have signed a new striker from La Liga rivals Getafe.
Hugo Duro has joined Real Madrid on a season long loan with Los Blancos holding an option to buy the Spanish striker at the end of the loan deal.
Duro will team up with Raul Gonzalez's Castilla side next season and will also feature or train with Zinedine Zidane first team if he is being called upon by the French coach.
Getafe CF released an official statement on their website to announce Duro's departure from the club.
"Hugo Duro leaves on loan to Real Madrid," the club stated.
"The youth squad forward will play on loan this 2020/21 season at Real Madrid, after the agreement reached between both entities. The white entity will have a purchase option on the footballer."
The 20-year-old is the latest addition to Real Madrid ranks as the club continues their sporting project of investing in young talents.