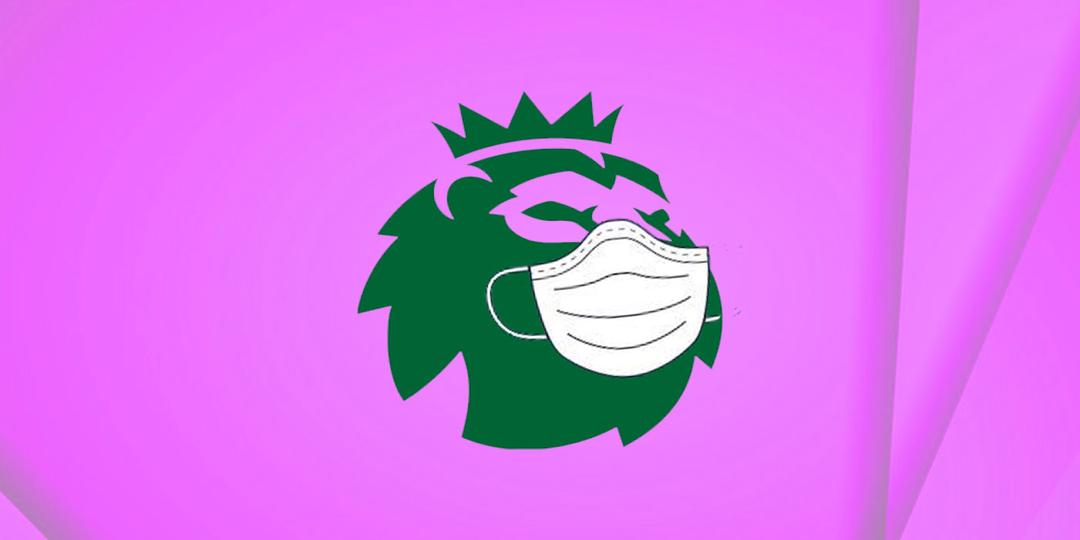 The FA, Premier League, EFL and Barclays FA Women’s Super League and FA Women’s Championship have collectively agreed to postpone the professional game in England until 3 April at the earliest.
The postponements include all matches in the Premier League, Championship, League One and League Two, as well as all Academy and youth team fixtures.
Official statement: 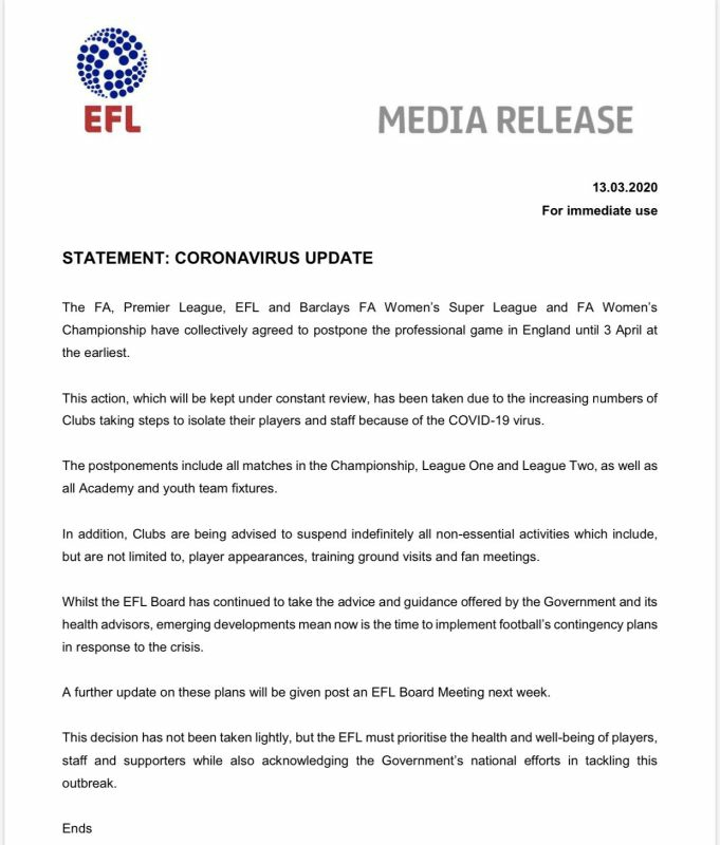