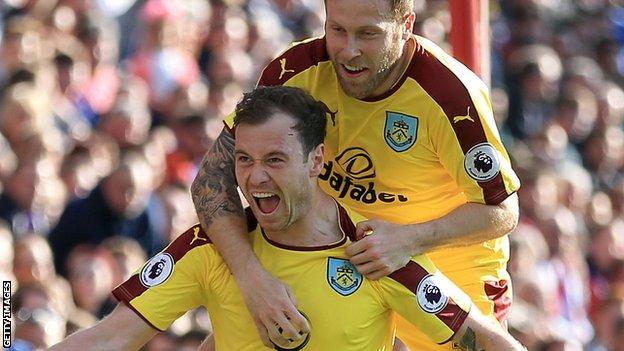 Alvaro Negredo scored twice as Middlesbrough eased to a comfortable home win that sent struggling Swansea deeper into the relegation zone. Negredo's excellent first-time finish from Adam Clayton's cross came against the run of play after a bright Swansea opening. But by the time Jordi Amat tripped Adam Forshaw in the box and Negredo coolly slotted in Boro's first penalty of the season, the home side were well on top. Gaston Ramirez's excellent pass was cushioned home by Marten de Roon as Boro wrapped up their fourth win since promotion from last year's Championship with over 30 minutes to play.
Aitor Karanka's side move up to 14th in the Premier League table, four points from the bottom three. Swansea slip one place to 19th after Sunderland's 1-0 win over Watford and are three points from safety. Boro began the game as the league's lowest scorers with just 13 goals from 16 games, but this performance strong on attacking flair was far removed from what many might have anticipated. The finish Negredo applied for Boro's first displayed the kind of composure you might expect of a striker scoring far more regularly; his technique was perfect as he re-adjusted to Clayton's difficult low cross for a fourth goal of the season. It seemed to inject a greater belief in the other Boro players too, with Forshaw driving past Swansea centre-back Amat for the penalty just over 10 minutes later after a spell of good pressure.
Negredo's feigned strike from the spot sent Lukasz Fabianski the wrong way, and compounded the sense that Swansea would struggle to find a way back, despite their positive start. But perhaps the most elaborate flourish of Boro's new-found attacking verve came later, when Ramirez's beautiful curled pass was pointed home by De Roon at the end of a flowing passing move.
Marten de Roon's goal came at the end of a move he began by winning back possession. There were 16 passes in the build-up before the Dutchman's cool finish Swansea have now conceded 18 goals in the six away league games since Bob Bradley was appointed as manager in October. They have the top flight's worst defensive record, with 37 conceded, and only goal difference keeps them above bottom-placed Hull. The Swans did show glimpses of potential with some good attacking play but they were let down by the quality of their final ball and hamstrung by poor decisions at the back. Amat's challenge on Forshaw was rash and clumsy, even accounting for the Boro midfielder's dynamic charge, while in the game's closing stages, Fabianski and Alfie Mawson almost conspired to let Forshaw slot in an easy fourth.
That might not have flattered the home side, such was the superiority of their finishing. Of the 10 shots Boro had, four were on target, and all but one of those were scored. By contrast, Swansea managed 14 attempts on goal but only one shot on target in each half, despite enjoying the majority of possession.The Spanish striker, on loan at Boro from Valencia for the season, moved up to five goals for the season with a confident display. Middlesbrough manager Aitor Karanka: "It was massive to get the win. These wins against direct opponents are always really important. "Everybody in this group is really confident. We've picked up experience after every game.
"The main thing is to create chances. We created a few and scored three goals." Swansea boss Bob Bradley: "It's the same story. A number of games we've started in a positive way then give away a goal. "We go down 1-0, the goal goes in in a strange way, and we then give away the penalty. We put ourselves in the hole. It's been a case of road matches, but now we have two games at home. "We're disappointed right now. We came in with a good idea. We turn our attention to the home matches over the Christmas period."