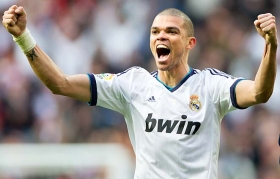 It is less than a year since Bastian Schweinsteiger made his entrance as a 60th-minute substitute for Manchester United against Tottenham at Old Trafford. The deafening reception from the home crowd was testament to the excitement around the club at the acquisition of one of the star names in the modern game.
Yet as the anniversary of his debut approaches, the former Germany captain is already damaged goods in the eyes of Jose Mourinho. It has been a speedy fall from grace for Schweinsteiger and has become one of few matters on which the Portuguese and his nemesis Pep Guardiola agree on.
But whereas Guardiola’s decision to release Schweinsteiger from Bayern Munich last summer as a result of chronic injuries at a key stage of the midfielder’s career was deemed wholly acceptable, Mourinho’s treatment of him has drawn criticism from fans, pundits and stakeholders alike.
Having identified the players he does and doesn’t want as part of his new era at Old Trafford, Mourinho made it clear to Schweinsteiger that he fell into the latter category. With the decision made, he asked the 32-year-old to train with the club's youth players rather than as a part of the first team.
Mourinho wants to strengthen midfield
On Monday, the 120-cap Germany international’s brother tweeted “no respect” in response before FifPro board member Dejan Stefanovic followed up by claiming that such “clear bullying” would land Mourinho in prison in some countries.
“This is clearly meant to discourage Bastian,” he told the BBC World Service. “Mourinho is setting a bad example. I would take it to the ordinary court. [In my native Slovenia], the penal code is quite clear. If there is bullying and harassment, there is a prison sanction, a maximum of three years.”
But just as Mourinho has called criticism and comment from his managerial adversaries of his club’s world-record pursuit of Paul Pogba “unethical”, it is surely nobody’s business but Mourinho’s as to who he includes in first-team training. If Schweinsteiger is not going to get first-team games, what is the use in having him practice with the group? It would be patronising to treat him any other way.
While it is clear that Mourinho is not the first manager to come to mind in the fair-play stakes, especially after his contretemps with Eva Carneiro at Chelsea last year, football managers have to make tough calls. And surely the decision to overlook an injury-plagued thirty-something who underwhelmed in his first campaign in the Premier League is a fairly straight-forward one.
As soon as Michael Carrick was snapped up for an extra year in the summer it was clear that time was up at Old Trafford for Schweinsteiger. Whenever he played with Carrick last year, it was painfully obvious there was only room for one of the two defensive midfielders in Louis van Gaal’s side and in Mourinho’s there will be even less call for duplication of such effort as he goes about setting a new standard in possession.
It is, of course, embarrassing for a major figure in world football to be found among the protégés rather than the regulars on the Carrington training pitches, but sensitivity cannot be Mourinho's first concern.
"I have to make my decisions, it’s simple," the manager told a press conference on Friday when asked about Schweinsteiger's position at the club. "What is happening is what happens in every club in the world, and that is the manager decides his squad."
Schweinsteiger’s form last season did not earn him the right to be a part of Mourinho’s plans and now it is up to him to decide whether he will spend the next two years hanging around to prove a point, collecting his hefty salary in the meantime, or whether he takes the setback on the chin and moves on.
Having just turned 32, the World Cup winner doesn’t have too many years left at the top of the game, particularly given the injury troubles he has suffered over the last four seasons. As such, he should accept he has no future at Manchester United and find somewhere else to play his football.
Schweinsteiger’s signature was a romantic move, bringing a highly likeable player to a much-loved football club. But like any relationship that has run its course, it will be in everyone’s best interests when ties are officially severed. And Mourinho is not an ogre for simply being the first to realise there is no future for the midfielder at Old Trafford.