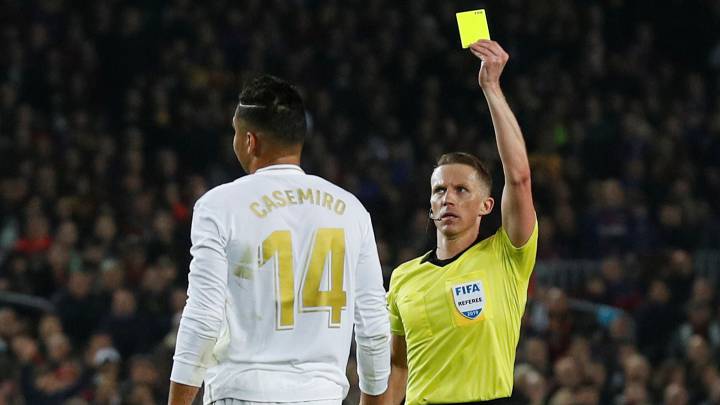 Jose Mourinho understands why Manchester United supporters gave Marouane Fellaini a negative reception during Sunday's 1-0 win over Tottenham Hotspur but the manager will do all he can to protect the midfielder.
Fellaini, who gave away a late penalty in a 1-1 draw at Everton the previous week, was jeered by supporters in Old Trafford when he was warming up during Sunday's contest and again after replacing midfielder Ander Herrera in stoppage time.
"I had that feeling. I accept it because from the fans you have to accept everything and especially fans that are giving so much without getting so much," Mourinho told British media.
"The only things they are getting are honesty, professionalism, dedication but not the results they expect. They have in their mind the mistake that Marouane did at Everton and no more than that."
Substitute Fellaini had only been on the field for four minutes on Dec. 4 when he conceded the penalty which Leighton Baines converted.
"He is a player and a person I like and the person is more important. He will always have my trust and protection," Mourinho added.
Having persistently said United's league position did not reflect the performances of his side, Mourinho felt his team's play was vindicated in the win over fifth-placed Tottenham.
"To be honest, after so many matches playing well but not winning we needed the points more than the performance but I knew against Tottenham it is difficult to get the result without playing well. We played very well," he added.
"It was even better than the other (performances) because we were playing against a team that is better than the others, this is the team that I prefer, I fancy more in the Premier League."
United, who have drawn six and lost three of their 15 league matches, are in sixth position but 13 points adrift of leaders Chelsea.
United travel to face 15th-placed Crystal Palace on Wednesday.