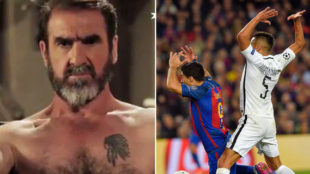 Chelsea retained top spot in the Premier League after goals from Pedro and Victor Moses earned them a comeback 2-1 win over London rivals Tottenham Hotspur on Saturday.
Chelsea looked disjointed for most of the first half and in the 11th minute, Tottenham's Christian Eriksen whipped the ball home from just outside the area after a defence-splitting run from Dele Alli.
Just before halftime, Chelsea midfielder Nemanja Matic slipped the ball to Pedro, who executed a neat turn and curled a magnificent shot past Hugo Lloris.
After that, Chelsea looked rejuvenated and Tottenham, knocked out of the Champions League in midweek, were beaten by a 51st minute goal from Moses, whose bullet shot rebounded off Lloris and Jan Vertonghen on its way in to give Chelsea a seventh straight win.