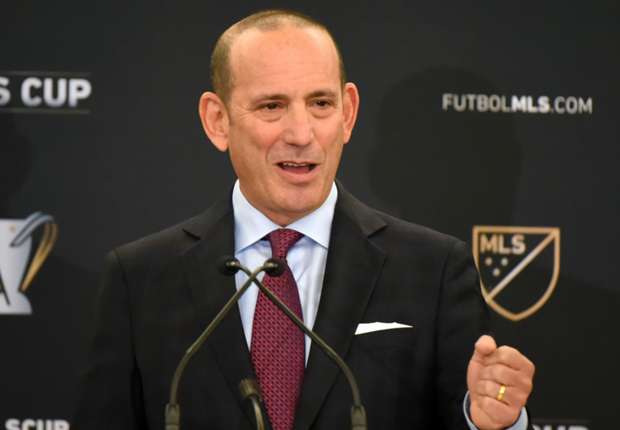 Major League Soccer has announced the timeline for the league's expansion to 28 clubs, with two more teams set to join the league by 2020.
The league will accept bids for teams 25 and 26 up until the end of January, and will announce the location of those two clubs by the third quarter of 2017, league commissioner Don Garber said on a Thursday conference call. Those two clubs will begin play in the 2020 season. The locations and start date for clubs 27 and 28 will be announced at a later date.
MLS said the franchise fee for teams 25 and 26 will be $150 million, with the fees for teams 27 and 28 yet to be determined.
Atlanta United and Minnesota United FC will bring the total teams in MLS to 22 in 2017, with LAFC set to make it 23 clubs in 2018. The long-delayed Miami franchise is still in place as team 24, though Garber said of the David Beckham-backed project: "If we can’t close the deal in Miami we’ll figure out who will be our 24th team… There’s probably not much more I can add than that."
According to MLS, ownership groups from 10 markets have publicly expressed interest in securing an MLS expansion team: Charlotte, Cincinnati, Detroit, Nashville, Raleigh/Durham, Sacramento, St. Louis, San Antonio, San Diego and Tampa/St. Petersburg.
“There is tremendous interest in professional soccer across the United States and Canada,” Garber said in a league release. “Since announcing plans to expand to 28 clubs late last year, many potential ownership groups have contacted us, and numerous public officials have stated their desire to bring an MLS expansion team to their city. We look forward to reviewing expansion applications in the coming months and conducting formal meetings in 2017 with possible team owners.”